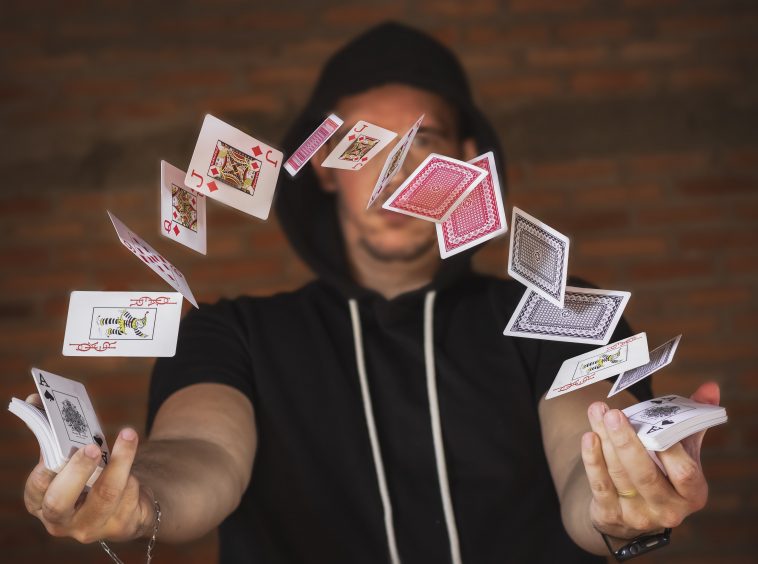 Are you ready for a night of magic? Maybe you’ve been itching for a night out full of mystery and suspense but you aren’t sure what to do with it. There are a few options. Magicians, mentalists, potion-making Harry Potter classes? Well, maybe running through the differences will help you decide. The potions are actually cocktails, so that’s handled, but there’s a little more to the differences in magic between magicians and mentalism. Read on to find out what.

All thumbs are fingers but not all fingers are thumbs

Something that we should establish before we get going is that magicians and mentalists are not mutually exclusive, but neither are they one and the same. Magicians can perform a lot of tricks that would be considered mentalism, whereas to declare yourself a mentalist is to imply that you stick strictly to mentalist-themed tricks. You’re likely to keep away from the prop-heavy rabbits from hats or sawing women in half and keep more to reading minds, implanting ideas, etc. Another name for a magician is an illusionist, which demonstrates the difference quite well. A magician is focusing on the eyes where a mentalist is focusing on the mind.

This brings us to the most prominent difference between the two: the tricks. A magician has a long list of cliched “tricks” that come to mind. The rabbit from the hat is one and so is sawing a woman in half, but there are plenty of attempts to deceive an audience into thinking something is happening on their stage that in fact isn’t. The Now You See Me films feature magicians that escape from boxes, perform sleight of hand tricks, stop the rain in mid-air, perform bank heists: you know, the usual stuff.

On the other hand, a mentalist’s range of tricks are very intimate. They’re not twins pretending to be one person, or using levers and body doubles to pull the wool over your eyes. Instead, they’re trying to extract a thought from your head without you offering it, connecting you with someone not of this world, insert a thought into your mind, or even hypnotize you into plenty of crazy stunts.

The most noticeable difference to an audience might be the approach to these tricks. Magicians are tricksters for all ages and approach their tricks with a fun and carefree attitude, like it’s not to be taken too seriously. Mentalists on the other hand, need the audience to believe that they do actually have the powers needed to perform their tricks as a mind reader, so their branding is that of mystery, seriousness, somber responsibility over magic that us mere mortals could never understand. You wouldn’t see, for example, a mentalist sporting the top hat and cape.

And that brings us to the audience, who come away from each show with a different experience. We know a lot of the tricks behind magician’s work, like levers and hidden compartments, but mentalists are much better at keeping their tricks close to their chests, and therefore have mostly kept the illusion alive. You see a magician and come out wondering or guessing how they did it, but you see a mentalist to be simply amazed.