Recording artists and their managers go hand in hand. It’s a unique relationship that sits somewhere between best friend and pseudo boss. In some cases managers can spend more time on a day to basis with their client(s) than the clients own loved ones.

So whats makes for a good artist manager?

The basic function of an artist manager is to work on behalf of artists to promote the artists’ careers and help run their business affairs.  Many artists starting out,especially if they enter the music industry at a young age opt to have their parents be their managers. Examples of this are Selena Gomez, Taylor Swift and Beyonce, all who were managed by their parents in the early stages of their career. The Kardashian/Jenners are also another great example as they have or are still managed by their Mum Kris.

Objectivity is the key to great management and blood rarely possesses it. – Jeff Rabhan

Managers offer artists the ability to focus on their work. They take over admin tasks and day to day running of the business aspects of an artists life. Many labels prefer to deal with managers as the go between themselves and artists, as managers are more detached and less emotional about projects than artist who has been working flat out on it for three months.

A good artist manager sees the bigger picture. They look at everything and see how it will impact an artists career, be it in a positive or negative way. The defining factor and crucial to successful relationship between an artist manager and their client is that the artist knows and understands what their client wants from their career. The manager is the person who builds the team to help their artist — who finds the booking agent, who finds the publicist, who makes sure they’re marketed so they build a fan base that’ll help them achieve their goals.

Sometimes a manager is friends with an artist prior to signing them, like in the case of manager Jeff Azoff, who had known one of his clients Harry Styles on a friendship level for years. While this helps somewhat with working with their client,it can also make it harder.As the waters between business and personal friendship can become muddy when there are contracts and commission based earning involved. A good manager is able to straddle both effortlessly and makes it look easy! A good manager has to sometimes say no and they have to be able to do it in a tactful way which shows the artist it’s not personal.

But above all what makes a good artist manager? An unwavering and to a point almost obsession like belief that your client is amazing and everyone will love their music,just as much as you!

What happens when Artist managers relationships with their clients don’t work out?

The answer is pretty simple…. they end their working relationship and the artist finds new representation. It’s quite a common thing within the industry. Many of the industries biggest success stories today have moved management at some point in their career.

Ariana Grande, was with Scooter Braun, they parted company for awhile in early 2016 before Ariana returned and  Scooter began managing her again towards the end of the same year.

Louis Tomlinson, along with his One Direction band mates were  managed by Richard Griffiths and Harry Magee under their Modest Management Company. Niall Horan was the only member of the band to stay with Modest when the band went on hiatus. Louis briefly signed with the James Grant Management where he was managed by Russell Esmalifar and later Jasper Waller-Bridge before he parted ways with the company earlier this year and is now looked after by Mark Gillespie and Matt Vines of the Three Six Zero Group . Liam Payne went with Simon Oliveira  and Lindsay Stocker at Doyen Global. And Harry Styles went with his friend Jeff Azoff and Amanda McCormick at Full Stop Management. 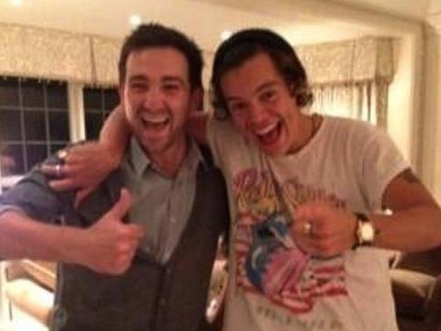 Adam Lambert started his career with 19, who had exclusive rights to all American Idol talent, (not dissimilar to how XFactor and Modest Management worked for a few years) in 2011 he signed with Direct Management Group. In early 2018 he signed with Phily Mack (Phil Mclntyre) at Philymack Inc.

Britney Spears was with Sam Lufti (who she ended up taking legal action against) and is now with Larry Rudolph at Maverick. Another artist with a similar situation to Britney’s was Rebecca Ferguson, who was with Modest Management and endured a legal fight which both parties settled out of court. Rebecca then signed with Vickie White at White Management. Rebecca’s experiences have made her call for a change throughout the whole entertainment industry.

Many of the managers mentioned above have at one stage in their careers,or in a lot of cases still are, working with some of the worlds most well known and loved artists. Artist managers are the people we as fans tend to give a hard time, and really shouldn’t. They are the people that do all the logistical and business stuff that we don’t think about when we go see our favorites at gigs or signings. They get their clients to their gigs, to signings, press junkets. Everything we love to see about bands or artists we like, they have had a hand in. It’s there job to make sure an artist knows what’s going on and where they need to be,and to get them there, regardless of fans wanting selfies or autograph.

An artist managers job is never done. It is not a job they can switch off. Some would argue that being an artist manager is more of a lifestyle choice than a job as it never ends.

Have you ever met your favorite singer or bands manager? Let us know over on @CelebMix!