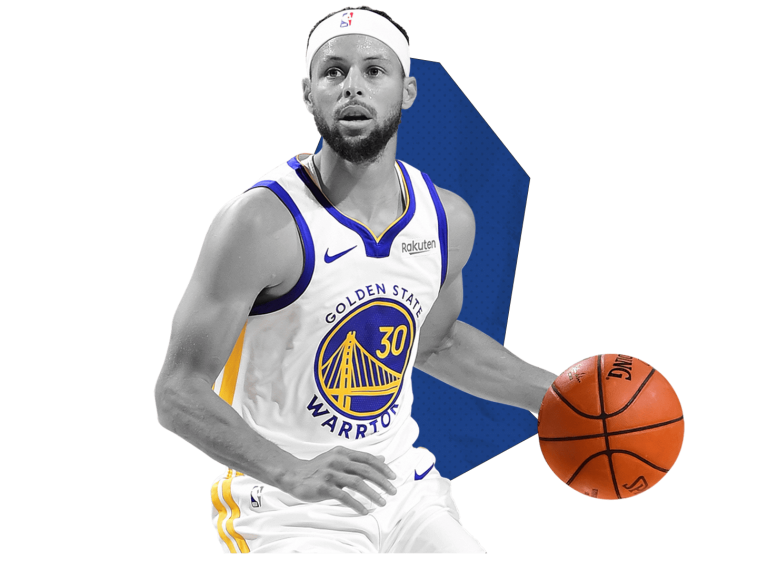 Stephen Curry is in his 13th season as a professional in the National Basketball Association (NBA) The Golden State Warriors point guard was drafted in 2009 and has remained in San Francisco his entire career to date.

Curry’s 13th season sees the Golden State Warriors trailing just the Phoenix Suns in the Western conference at time of writing and looking a solid playoff side in 2022.

Curry was born in Akron, Ohio on March 14, 1988, and moved around areas like Charlotte and North Carolina in his youth.

He is the eldest son of Dell Curry, a former NBA player himself playing for five teams including the Charlotte Hornets where he played for 10 years before finishing his career in 2002 with the Toronto Raptors.

Stephen Curry was lightly recruited by major basketball colleges despite doing so well in high school at Charlotte Christian school. He enrolled at Davison College, near his hometown and immediately showed his amazing potential, not many people betting on college basketball predicted him making the impact he did, he scored 32 points against the University of Michigan in his second college game.

Curry carried the Wildcats to the regional finals of the NCAA tournament leading the nation with an average of 28.6 points per game as a Junior in 2009.  During his freshman year he surpassed Keydren Clarks NCAA freshman season record, for points scored, was named the Southern Conference Freshman of the Year, SoCon Tournament MVP and received an honourable mention in Sports Illustrated All-Mid-Mention.

As a sophomore he reached 6 feet 2 inches in height and earned the Most Outstanding player of the Midwest Region award as well as being nominated in the ESPY Breakthrough of the Year category.

Following his impressive year, he was drafted with the seventh overall pick by the Golden State Warriors in the 2009 NBA draft.

Despite being young, Curry had clearly understood from his father what it is like to step out as an NBA player. He handled the opposition with calmness and a maturity and as a guard he averaged more than 22 points per game in the second half of the 2009/10 season. He later came runner up in the Rookie of the Year ballot for the season.

Furthermore, his impressive start to his NBA career also led him to be called up to the USA Men’s Basketball Senior National Team for the 2010 World Championships where the USA won the gold medal.

Despite all the highs, an injury picked up with the national team bugged him for the following two seasons and his development in the NBA started slowly before coming back with a bang in 2012/13.

With his return to full health, he set an NBA record with 272 three-pointers and helped the Warriors to a first-round playoff win against a much-fancied Denver Nuggets.

He earnt his first All-Star selection in 2014 and found an incredible partnership with Klay Thompson, the two of them being nicknamed the Splash Brothers.

They led an exciting Golden State Warriors side a 16-game winning streak that season which ended in triumph. Curry and the Warriors won the NBA title against LeBron James’ Cleveland Cavaliers, giving the team its first championship since 1975.

In 2014/15 Curry reached a season high of 51 point in one game and broke his own record of three-pointers in a season. He was also named the NBA Most Valuable Player which he repeated the year after.

He started the 2015/16 season in outstanding fashion, scoring 40 points in the opening game against the New Orleans Pelicans. Curry also became the first player since Michael Jordan to reach 118 points in the first three games of the season.

In 2017/18 he signed a $202 million contract extension with the Warriors which made him the first NBA star to receive a contract worth more than $200 million. Despite numerous injuries that season, he still helped is side clinch their third title.

Off the court, Currey is married to his long-time girlfriend, Ayesha Curry. The tied the knot on July 30, 2011, in Charlotte. The two have three children, two daughters and a son.

He is an outspoken Christian and often has a lace loop scripted with 4:13, a reference to a bible verse which reads; I can do all things through Christ who strengthens me.

As a star Basketball player, he has become a celebrity ad role model for people across the world. Not being the tallest in basketball terms he provides people with the idea that you may not be able to dunk, but you can work hard to learn how to pass, dribble and shoot, and you cannot let factors outside your control dictate your destiny.

Despite his fame and fortune, Curry remains grounded and shows true hard work can help you achieve your goals.