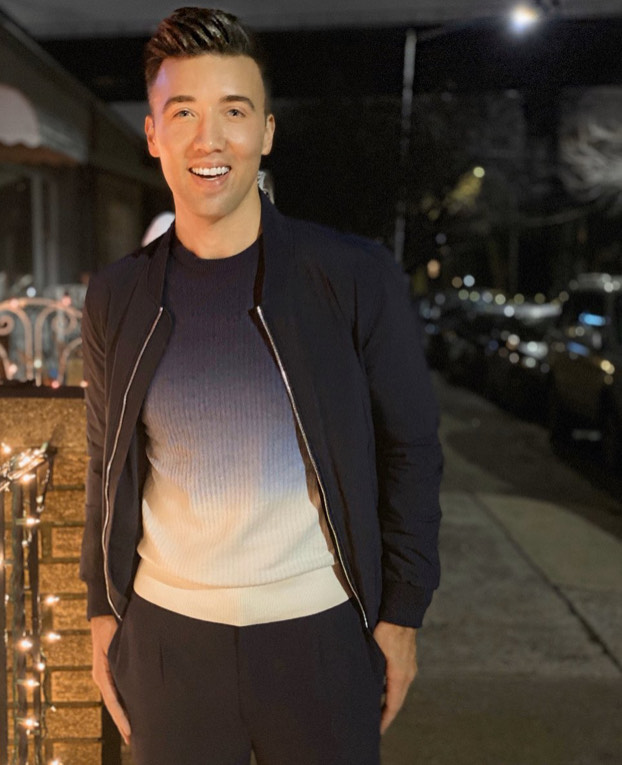 Kenney began his career in fashion by posting daily outfit photos on Instagram, his growing name as a fashion influencer caught the eye of 260 Sample Sale, the largest Sample Sale retailer in America. He was hired as their Creative Director and he began to style campaigns their NYC and Los Angeles locations and created his own reputation in the industry as a stylist and creative director who wasn’t afraid to take risks. Kenney remembers his own commitment and perseverance at the beginning of his career in fashion: “As each day progressed I was seeing a larger influx of clothing and my home that I just purchased was simply not big enough to handle the large volume of clothing and product. I was so fortunate to be in the position to open a boutique and it was in large part to mastering the skill of networking. Earlier in my career, I thought that talent was enough. I remember feeling frustrated because I knew I was good enough but the bigger jobs were so difficult to come by and more importantly to land.”

His reputation and access to the largest wardrobe in New York opened an opportunity to work for Good Morning America. His exclusive sit down interview with Christian Siriano sealed his position as a top fashion influencer and his work as a stylist and influencer inspired him to create his very own Fashion Line, NONDK. Kenney notes the importance of building and maintaining connections to succeed in the industry: “It only had I matured did I realize that is also about who you know. In many ways, it was an internal switch inside me that I turned on and could not turn off if I tried. Everywhere I go I am constantly connecting with people and thinking a step ahead in terms of how we could be mutually beneficial to each other’s businesses. Being an entrepreneur has given me control of my future. It has not been an easy ride but most definitely has provided the most fulfilment.”

When asked about what he wished he had known early in his career, Kenney answered: “Never follow your head or your heart, listen to your gut instead,” and “Don’t burn your bridges. You never know when you’ll need to cross them again.”

Kenney highlights the importance of his father as a positive driving force in his career, he suggests that much of his success his down to his father’s encouragement and inspirational nature: “My father has always been a constant positive force in my life. I was encouraged to “get up to the plate” and take a swing at my dreams and to reach for the stars because I just might become one.”