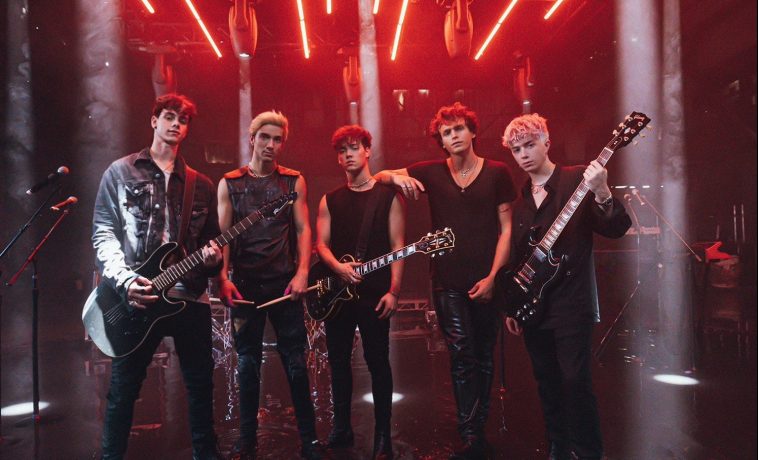 Following a nine-month hiatus, multi-talented band Why Don’t We are back with their brand new single ‘Fallin”.

Self-penned and produced by the Los Angeles quintet, ‘Fallin” is a rousing anthem full of experimental qualities which really shows off the band’s musical growth. It also samples the drums from Kanye West’s ‘Black Skinhead’, taken from his 2013 album Yeezus.

The track comes accompanied by a high octane music video. Directed by Isaac Rentz, the visual combines an atmospheric performance piece with striking special effects which capture the essence of the song.

Check out the music video for ‘Fallin” below.

Why Don’t We, made up of Daniel Seavey, Corbyn Besson, Jonah Marais, Jack Avery, and Zach Herron, shut themselves away from social media back in January and have been busy writing and producing their forthcoming sophomore album ever since.

Speaking about their new era, Corbyn says: “Writing and producing our own music has been one of the most rewarding experiences for us. In the past four years we’ve become confident enough to reinvent ourselves, becoming the band we always hoped to be.

Daniel added, “It was time to do this ourselves. These are our ideas, melodies, and thoughts.”

Alongside the release of their new single, Why Don’t We have also partnered with HeadCount and Atlantic Records’ task force ATL Votes to encourage their US fans to register to vote and make their voices hear during the forthcoming November election. For more information, check out HeadCount.

Are you excited for the new era of Why Don’t We? Let us know on Twitter @CelebMix