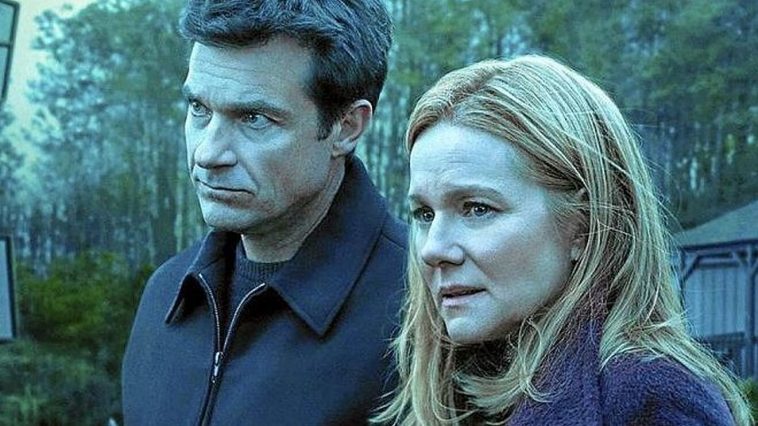 JUST IN: A new trailer for S4 of @netflix’s #Ozark has arrived. ?

January 21, 2022. Television fans worldwide have had this date circled on their calendar for a while. Why? It’s when Netflix will release Part I of the fourth and final (weep!) season of Ozark, one of the best shows on the platform.

Ozark has been a critical darling ever since it was released. It’s also been a huge hit with audiences, with each season grabbing more and more fans. The drama, which stars Laura Linney and Jason Bateman, even beat out Netflix sensation Tiger King for viewers when Season 3 debuted.

We know Ozark is a good show. No one who seriously watches television doubts that. But just how good is it? We contend that it’s the best thing you can stream, period. Here’s why.

If you love Breaking Bad, you’ll fall for this show straight away. And it’s not a carbon copy type deal; it’s part of the same cuisine, if you will. You have the antihero criminal(s), with Jason Bateman and Laura Linney putting up performances that rank amongst the best in their careers. You have the drugs, the cartels, mixed with the problems of complicated family life.

Now, the thing we’re left wondering is whether the journey for the protagonists ends in the same way. Do they go the way of Walter White? Or do the writers have something a little different in store for the Byrder family?

Now, we have to reiterate that Ozark is entirely different from Breaking Bad. Some even argue it’s better. It’s a unique show with an entirely distinct feel and storyline. But there’s enough there to remind us of the classic predecessor that we’re instantly taken by the series from the very first episode.

Thematic Elements are on point…

We’re often attracted to a show because of the themes they represent; car crash reality television, crime, and mobsters, post-apocalyptic drama. Ozark offers a lot of the themes and setting people are attracted to, and the creators deliver with an almighty punch.

First, there’s the criminal aspect. The drugs, the cartels. We have a strange fascination with these things. Just think Narcos, the drug trade in Colombia and Mexico. Pablo Escobar, Los Caballeros de Cali, etc.

But that’s just the top layer. Dig deeper and you have complex interpersonal relationships. A broken marriage, betrayal, reconciliation perhaps? Kids with normal needs, but in a difficult setting. Someone trying to break out of the mold, be better than what’s expected. It’s all there, and it tugs at your heartstrings.

There’s also the more simple. The settings are attractive, yet depressing in some ways. The natural wonders, but away from big-city society. The beautiful vistas, the abject poverty. The contrasts work fantastically well to set the scene.

What is more, casinos are also heavily featured in Ozark and drive some of the major plot points. Audiences are fascinated by what happens at the blackjack and poker tables, scenes even James Bond would die for. And Ozark fans absolutely love this setting, knowing that also the whole season is centered around it, where Missouri Belle Riverboat Casino has the major role in stacking more cash for this menacing husband-wife duo.

And, like in other casino-featured series and movies like James Bond, Las Vegas, Sneaky Pete, and similar, there’s just something about playing a game of chance. But even beyond the ones we mentioned, Ozark has undoubtedly driven interest in real play, whether online or in land-based establishments. However, unlike in Ozark, where the main goal is to find a sneaky way for money laundering, the real casinos, especially in the online realm, have a good reputation and aren’t quite so murky. In NZ, for instance, SkyCity casino offers everything the Byrde’s can, except, you know, it’s safe and legit. And the gambles cover everything you can find in the most famous TV shows like Ozark, so, poker, blackjack, baccarat, slots, whatever you wish for – you can learn more about SkyCity here.

The Writing and Acting is Top Notch

The show can have the biggest budget, gorgeous sets, Oscar-level music, but ultimately everything stands and falls with the writing and acting. That’s why grainy movies from the 30s are still worth watching. Citizen Kane is still ranked as one of the top 3 films of all time by most people, and it was made in 1941. If the story is good, nothing else matters.

In the same way, the writers for Ozark know exactly how to weave a beautiful and gripping tale. When an episode ends, we click like crazy to get to the next one (and Netflix is really helping out). The show has multiple layers, each scene can either be enjoyed at face value, or you can peel to your heart’s content.

Of course, the writers need actors to deliver their vision. Netflix did the creators a favor by giving the green light to hire two of the best in the business. Jason Bateman always delivers, and Laura Linney has been nominated for Academy Awards, has won Emmys and Golden Globes, and is just an absolute legend.

The ‘other’ actors are perhaps even more memorable. Julia Garner, who plays Ruth, is experiencing a breakthrough with Ozark. Remember the name, although you probably won’t have to in the future. She’s going to become a householder, no question.

We’re all guilty of the Netflix binge. Watch all episodes in a single sitting, no sleep, no breaks. In the end, we’re often not even sure what the heck just happened. It’s been a whirlwind.

With Ozark, don’t do that. Give each episode the attention and love it deserves. Because you won’t be getting many more! Enjoy them while this fantastic series lasts.