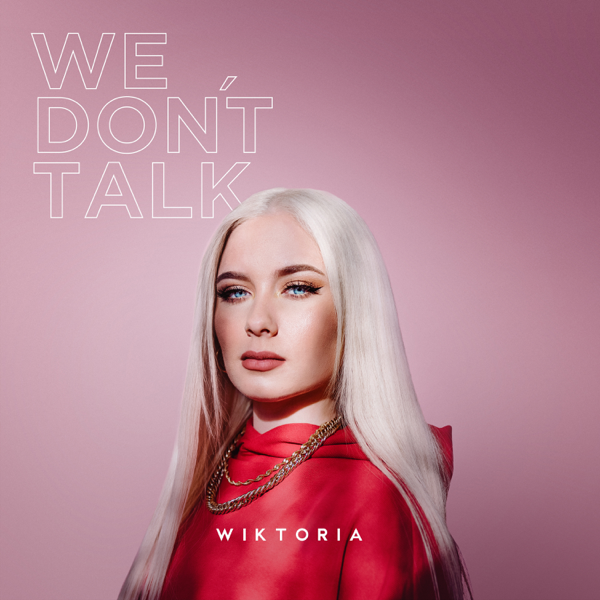 Last year saw Wiktoria Johansson attempt to represent Sweden at the Eurovision Song Contest 2019 – once again, this time with the incredible track “Not With Me“, which saw her perform whilst a shower of water cascaded down on top of her. She reached the final and managed to place sixth overall; it was her third time entering, after 2016 and 2017 where she sang “Save Me” and “As I Lay Me Down”, respectively – she placed fourth in 2016 and fifth in 2017. Fans were hoping to see her return for 2020, but she wasn’t a part of the competitor list – oh how we wish this song “We Don’t Talk” was her Melfest 2020 entry! We just love this song so much! We’re sure that one day, Wiktoria will win Melodifestivalen and represent her own country at Eurovision.

According to Spotify, this new song was produced by Sebastian Atas, Victor Sjöstorm, and Viktor Broberg; they are also listed as songwriters alongside Wiktoria Johansson.

The track is upbeat from the get-go and has a dance/club vibe around it – we reckon DJs will love to remix this track. Wiktoria’s vocals are soft and sweet as she gives us subtle emotion whilst setting the scene of the narrative, before unleashing strength and passion in the chorus – certainly giving us Demi Lovato vibes throughout. The lyrics paint a story of when the honeymoon moment of a relationship has disappeared and they don’t talk or treat one another the same way anymore. She just wants to be romanced and feel like she is wanted but she’s worried it’s just going to get worse and worse. We like how this is a subject most of us can relate to at one time in our lives and it’s one that music rarely delves into.

“We Don’t Talk” is available to download and stream now, via Moon Man Records under exclusive licence to Sony Music Entertainment Sweden.

What do you make of Wiktoria’s new single “We Don’t Talk”? Let us know on Twitter @CelebMix.