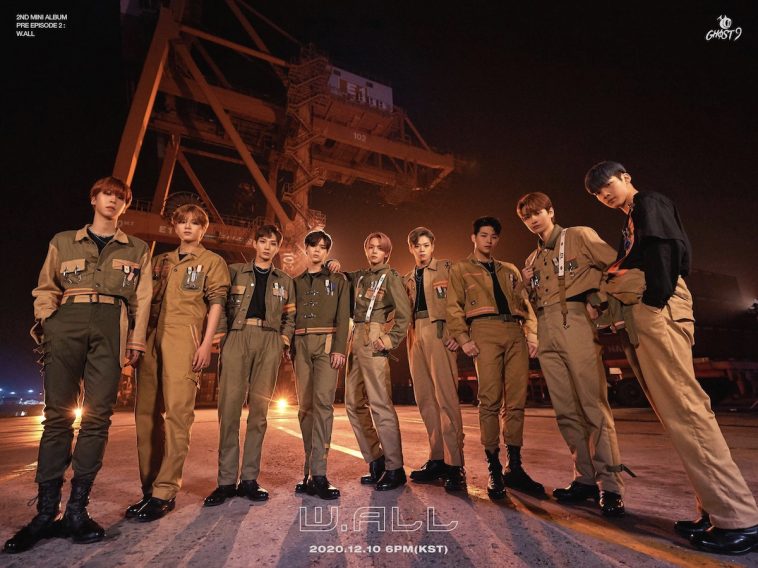 You may be surprised at the appearance of the new generation of K-pop boy bands, but with the fast rising popular K-pop movement, we’re entering new territory with acts such as GHOST9 making their mark.

With the release of their latest title track “W.ALL,” which reached the highest mark on the iTunes pop chart, GHOST9 have been propelled into the stratosphere. And it’s just the beginning.

GHOST9 also ranked fifth in the United States in the week they released their track and the group is the third K-pop band on the chart, following K-pop legacy stars BTS and BAEKHYUN from EXO. It’s a pretty big step for the group, who just debuted four months ago. We can be certain that the future looks bright for them, and they are heading for new heights as the next mainstream K-pop stars.

GHOST9 attributes their successful record to the support of their fans after noticing the growth of their impact around the world. Leaving a warm-hearted message on social media, they expressed their gratitude in a recent post. The nine boys are expected to have better results than their previous hit as they have forged strong ties to their growing fandom.

Just as BTS broke the K-pop scene, could GHOST9 create a new flow in the pop world beyond Korea? Let’s find out where their next move leads them. We’re just as excited as you are to see what’s coming next!