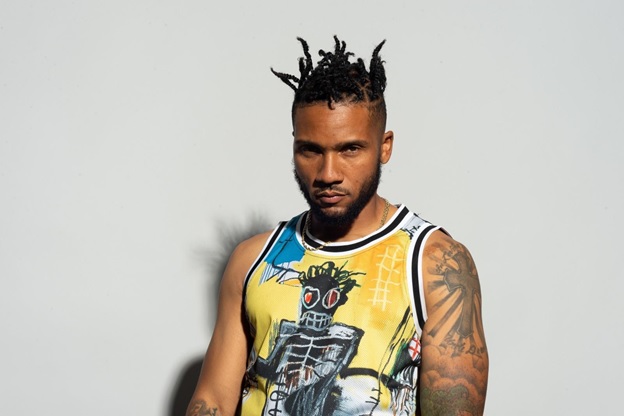 Those who are a part of the entertainment industry know that it’s a roller coaster ride with many bumps on the track. Budding artists rarely find their groove overnight. Most have to wait years before they land even a small gig in a remote town near Manhattan – which can possibly become the first step in a journey leading to extraordinary heights.

Antonio White, famously known as Kanin, is a prime example of such an artist. Kanin is making waves on the hip-hop scene due to his impressive vocals and lyrical ability. Compton, Ca native Rapper/producer Kanin, was born on the Westside, near Rosecrans and Central Ave. Growing up there, he dealt with many challenges that life threw his way. This exposure to street life inspired him to adopt a hustler’s mentality, something that was needed for survival in these surroundings. However, his determination to achieve something bigger was the difference – it set him apart from the rest. When opportunity knocked on his door, he grabbed it with both hands. His work ethic and dedication to motivating and inspiring others have helped him share his story and make his music relatable for many who need to hear it. His ultimate goal in life is to spread love, be free – free from judgment and financially free – and spiritually connected.

Often, people hear about the likes of Kanye West, Justin Timberlake, or Eminem, who make the world a better place with their music. But hardly anyone talks about their journeys. As a leader and a Hip Hop phenom, Kanin aspires to become the main attraction in this genre.

It’s a common notion that those who wish to survive must thrive in difficult circumstances. It seems that the end more than justifies the means in today’s world, especially in the entertainment industry. Nobody notices when artists with real talent start emerging from the shadows, intending to revolutionize the world as we know it. However, when they do succeed, the results end up justifying the means. Kanin’s story is somewhat similar, but the difference is – Kanin doubles down when things get hard.

Kanin has always been inspired by music. He is regarded as someone who’s “uniquely wired.” He’s not afraid to bend the rules and think “out-of-the-box” to get results. Perhaps, that’s what led him to be a “Hip Hop Enigma.” Inspired by the legends like Curtis Mayfield, Jay–Z, Nipsey Hussle, Bob Marley, Tupac, and DMX, to name a few, Kanin channels his experiences into the perfect lyrical flow. His hustle-mentality is embedded deep inside him, which drove him to keep working hard until he became a force to reckon with in the Hip Hop scene.

As an innovative entrepreneur, Kanin used that same energy to take the independent route by starting a record label, WinWin Music, in 2018. Alongside his partners Kojja and Jay Dnairo, he opened the label with the desire to motivate and inspire budding artists. Kanin is also looking to encourage new or closeted artists with his music as well. He wants his listeners to escape this world and become one with the music.

“No one succeeds without effort. Those who succeed owe their success to perseverance.” -Ramana Maharshi

Music is food for the soul, and Kanin wants no soul to go hungry. He focuses his efforts on creating an engaging yet thought-provoking musical experience for his fans. Currently, WinWin Music is making a remarkable contribution to the entertainment sector. With Kanin as the first signed artist, they have worked on multiple projects, including “I Go by the Name Kanin Vol. 1 & 2”, “Old School New Sense,” and his latest album “8ight”. His single, “Winners Circle,” with his childhood friend, Kendrick Lamar, as part of his project “Old School New Sense,” has over 1.2 million streams on Spotify. He has also worked on several notable projects, like “One Man” with the Grammy-winning producer DemJointz. The music video for “One Man” is also set to release soon.

Kanin isn’t stopping anytime soon. In 2022, he plans to release several other music projects with DemJointz, including his new single “Swish.” On top of that, Kanin is scheduled to tour nationally, bringing that “Winners Mentality” to a hood near you. So, stay tuned, Kanin has big plans for 2022. With opportunities abound, he promises to use his creative edge to thrive in an arena that’s he’s best known for…Hip Hop.