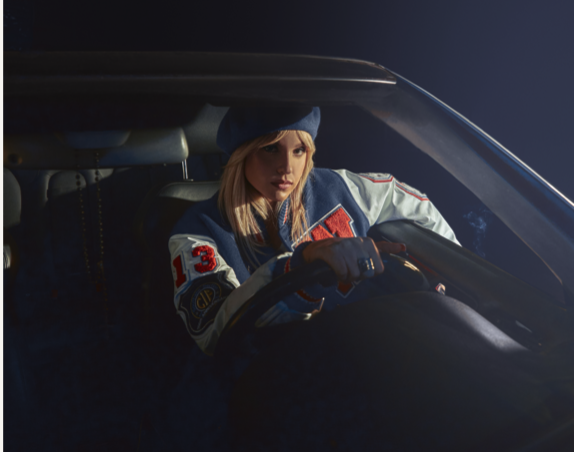 New single, new video, first full-length record: it’s a good time to be a XYLØ fan this year and she is only getting started!

We write the year 2022, approximately seven years after Paige Duddy, professionally known as XYLØ, has released her first track. In those seven years, a lot of things have happened: Paige released the platinum-certified record “Setting Fires” with The Chainsmokers, performed a couple of sold out shows, released the still ridiculously catchy Charli XCX co-written tune “Tears & Tantrum” and started her own record label “Pretty Records” in order to release her own music more freely.

A couple of (very good) EPs later, the singer is now gearing up for her first full-length record. Titled “unamerican beauty”, the project is set for a release later this year. Fans are now able to get a first look (and listen) of the album as the singer just dropped the audio and video to lead single “aliens”.

Co-written and produced with long-time collaborator Lee Newell, “aliens” is a dark, brooding pop song that explores the feeling of disconnection within society. “‘aliens’ was written after a night with my childhood friends“, XYLØ shares in a press release. “We all come from different backgrounds and upbringings, but the one thing that joins us is the commonality of feeling lost. No matter how much or how little we have. And rather than being afraid of it, going along for the ride.“

XYLØ also shared the accompanying visuals for the song. The video itself was actually shot on analog Kodak film and therefore creates a more cinematic feel for the viewer. It follows the life of the singer and her alien friends as they try to escape the monotony of life by – quite literally – going for a ride. For the visuals, XYLØ recruited her parents as well as co-songwriter Lee as actors.

“aliens” was released today via Pretty Records / Opposition. The song was written and produced by XYLØ herself with Lee Newell and arrives as the first teaser off of her debut album “unamerican beauty, set for a release in 2022. We will obviously keep you posted about all of her upcoming releases! Stream or purchase the song by following the link here.