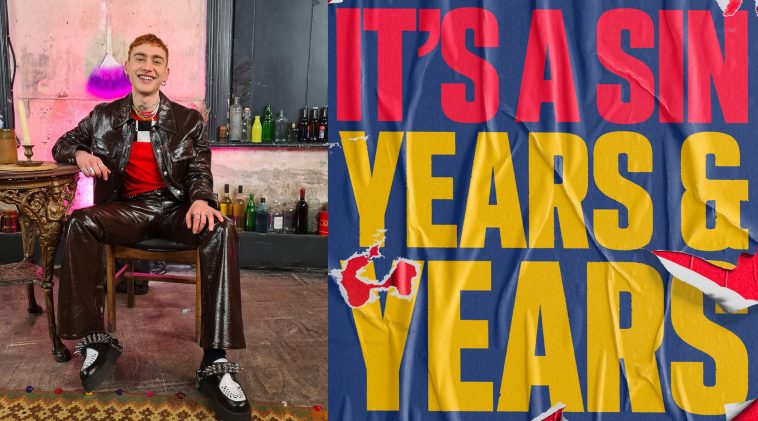 Putting their unique spin on the classic track, this stripped back cover allows frontman Olly Alexander’s distinct vocals to really shine. Backed only by a piano accompaniment, you can feel the raw emotion of the song as it takes on a new lease of life.

The cover was released to coincide with the premiere of new five-part Channel 4 drama It’s a Sin, with Olly leading the cast as Ritchie. The series, created by BAFTA Award-winning writer Russell T Davies, follows a group of friends in the 1980s whose lives are turned upside down by the AIDS crisis.

Speaking about the track, Olly said “I’ve always loved the iconic Pet Shop Boys and this song’s expression of the gay experience. My character Ritchie loves this song too so I’m really excited to put out our own version. I made this mostly from home just me and my piano so it feels pretty raw and exposed, it’s a really beautiful song to sing.”

A portion of the single’s proceeds will also be donated to the George House Trust, a charity which provides HIV support, advice and advocacy services. The charity said: “At George House Trust everything we do helps people living with HIV to live happy and healthy lives and be free from stigma and discrimination.

“We’re absolutely delighted that Years & Years have released this beautiful version of ‘It’s a Sin’ to mark the launch of this ground-breaking programme. It’s vital that this piece of history is told and understood and we’re excited to be working with Years & Years in tackling HIV stigma together.”

The first episode of It’s a Sin premiered on Channel 4 last night, and will continue each Friday night at 9pm. However, if like us you’d rather binge-watch the five-part series, it’s all available to watch now on All4. Olly stars alongside Omari Douglas, Callum Scott Howells, Nathaniel Curtis, Lydia West, Neil Patrick Harris, Keeley Hawes, Stephen Fry, Tracy Ann Oberman, and Shaun Dooley.

The cover of ‘It’s a Sin’ is available to download and stream now.