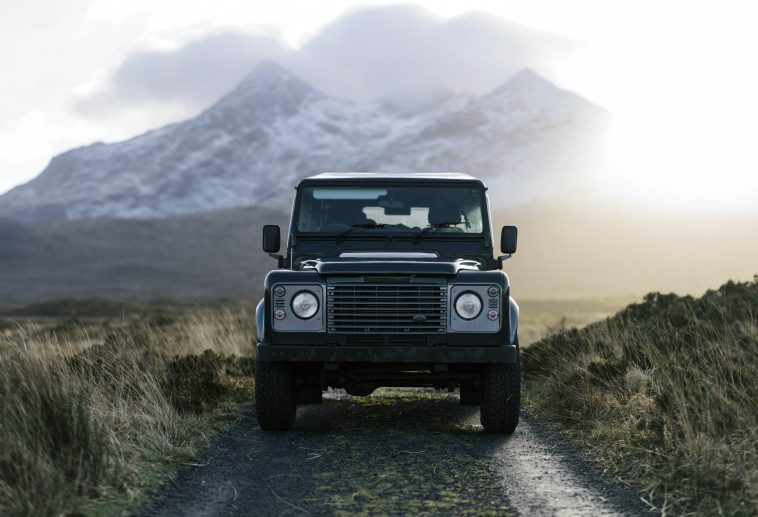 When you think of Hollywood, what comes to mind? For many of us, we get an instant mental image of beautiful, sexy celebrities driving down palm tree-lined streets in flashy, expensive cars that cost more than an average house! While it’s true that many celebrities from our favorite TV shows, movies, music, and sports teams now own fleets of some of the hottest vehicles around, once upon a time, they were mere mortals like the rest of us, struggling to make payments on cars that won’t exactly be featured in the Marvel Cinematic Universe any time soon. Here’s what some of our favorite celebrities drove, long before they became famous.

It’s hard to picture a Hollywood A-lister like Johnny Depp behind the wheel of an old Chevy Nova, but if you’d have known him in his pre-21 Jump Street days when he was just an unknown actor trying to make it, that’s what you would have seen him driving! Not only was Depp’s old Nova his main form of transportation, but it is said that at one point it also served as his living quarters. Now that the three-time Oscar nominee has earned Hollywood legend status playing such memorable characters as Captain Jack Sparrow, Edward Scissorhands, and Willy Wonka, we’re betting his Nova is ancient history!

Long before he jumped out of a helicopter as Ethan Hunt in the Mission:Impossible movies (or for that matter, long before he jumped up and down on Oprah’s couch!), Tom Cruise got around his hometown of Syracuse, NY in an 87-horsepower, 1970s-era Dodge Colt. First launched in 1970, the Colt was fitted with a 4-cylinder 1597 that gave it a little more get-up-and-go than a modern-day riding lawnmower. Now that he’s listed as one of the highest-earning actors in the world, we’re sure Tom’s cruising around in a sweeter ride- though we wouldn’t blame him for still having a soft spot in his heart for the old Colt!

When you’re the star of the Fast and the Furious franchise, fans expect you to have some pretty major wheels in real life as well! This is true now for Vin Diesel, but it wasn’t always that way. The action star who made it big driving exotic sports cars and powerful muscle cars on the big screen used to drive a 1978 Monte Carlo that he won at an auction for $175! Always a car guy at heart, Diesel fell in love with the Monte Carlo at first sight…but became less enamored when the car proved to have a bit of a heavy smoking problem, with huge, disgusting billows emerging from its exhaust pipe.

It’s only fitting that a top British singer would have one of the most British cars imaginable as his first vehicle. Singer-songwriter Ed Sheeran, who has given us such hits as Shape Of You, Perfect, and Thinking Out Loud, bought his first car, a brand-new Mini Cooper, after his spectacular debut onto the music scene. Though he had learned to drive on a Vauxhall Astra, the Mini Cooper was the first car Sheeran owned- and what a great first car it is! With its signature compact design, surprising amount of power, and expert handling, it should come as no surprise that the Mini Cooper brand is actually owned by German auto engineering legends BMW.

What do you get the teenage country star who’s got everything? If you’re Taylor Swift’s record label, the answer is a bright pink Chevy Silverado pickup truck! This massive, Pepto-Bismol colored 4X4 was an 18th birthday present to Ms. Swift from her record execs and coincided with her single “Our Song” reaching the number-1 spot on the country charts. However, something about the “Country Barbie” look must not have resonated with Taylor, who swiftly auctioned off the pickup truck, with proceeds going to charity.

Being the teenage star of Ghost World and The Horse Whisperer must have paid off for the future Black Widow star- her first ride was a car most of us can only dream of having in our collection! The Lost in Translation actress debuted her driving skills on the streets of Los Angeles behind the wheel of a brand new BMW Z4 roadster- a car best known for being 007’s mode of transportation in the 1995 James Bond film Goldeneye.

Related: Get the latest on Olive’s solution for BMW extended warranties.

We may not have a lot in common with our favorite celebrities, but we can all conjure up a little nostalgia when it comes to our first set of wheels. Taking a trip down Memory Lane and thinking about your first car is a lot of fun, but hopefully you’ve come a long way since then. Happy driving!