It looks like it’s time for the next CelebMix YouTuber of the Week, where we introduce a different creator on the YouTube platform every Sunday! Last week, Siena Mirabella was our designated YouTube star –– this week, we’d like to introduce you to Ben J. Pierce! 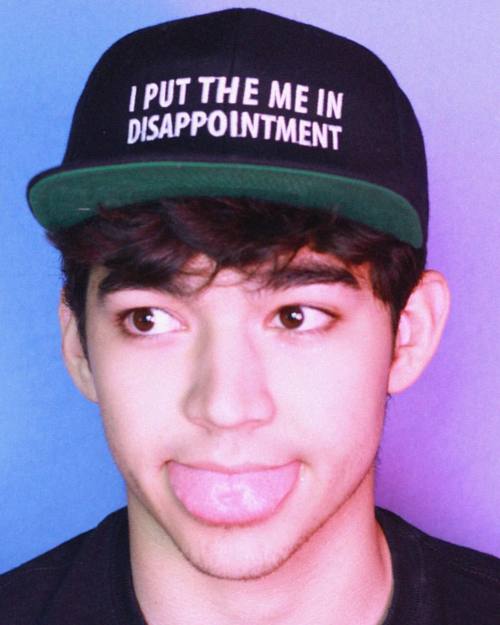 Who is Ben J. Pierce?

The self-titled “passionate eyebrow activist who is unapologetically obsessed with lame punchlines and social commentary” posted his first YouTube video in 2012 at the age of 13. Ben soon dubbed himself as “KidPOV”, ending his videos with the catchy phrase, “And that’s just a kid’s point of view!”. He began uploading comedic videos like 101 ALTERNATIVE SWEAR WORDS and HOW TO: WAKE UP, slowly building a supportive and engaging YouTube community.

As Ben and his channel grew older, KidPOV expanded to a wider audience; Ben’s videos became more witty –– a good pun was never a let down! –– but also more personable and relatable. He began to address issues that were important to him, one of which being the gender stereotype that boys cannot wear makeup. Ben even released a song called “Little Game” in 2014 that confronted society’s gender norms and expectations.

Earlier this year, Ben decided to go forward with his YouTube career as just “Ben J. Pierce” rather than continuing to bear the title “KidPOV”. The transition became a symbol of him growing up into adulthood, as Ben decided it was time for a fresh start. The 17-year-old has over 170,000 subscribers today –– a number that continues to grow steadily.

Why you should watch Ben J. Pierce

There’s a certain unique charisma that Ben has in each of his videos. His bright personality shines through in each and every video, and viewers will leave each video with at least a smile. (Most times, however, one will leave with their chest aching from genuine laughs and perhaps a better appreciation for unexpected puns.)

Ben always tries to be personable and sincere in his videos, even if the video is addressing serious topics; often, humor will be the way in which Ben “breaks the ice”. One feature to commend Ben for is his ability to remain open and honest about his opinions throughout his YouTube videos, yet still remain civil and constructive. This approach in speaking to his audience exemplifies how having a good personality and positive outlook provide one with the best communication skills and lead to the most productive conversations.

As a creative and inventive soul, Ben’s channel holds a variety of different video types. One can find videos that include entertaining makeup tutorials usually involve a current theme or topic (such as HOW TO: BLUE NEIGHBOURHOOD); scripted skits that are amusing, often topical, and sometimes even quite profound; popular challenges; life updates and Q&A’s; and engaging collaborations with other YouTubers.

Here are a few of our favorite videos from Ben J. Pierce!

This video sums up many of the aspects and processes of dealing with a crush! It’s a creative take on the thing we call “love”, as Ben incorporates the notion of having a crush into an amusing Pokémon-like adventure game, implementing tips and how-to’s along the way.

An incredible satire addressing the gender stereotype that boys cannot wear makeup. This video is a must-watch for subscribers and non-subscribers alike –– Ben even finds a way to draw in humor to the hugely important subject, causing the 3 minute video to be even more appealing to watch.

A pun lover’s paradise! Ben gets challenged by the Council of the Mis-Pun-derstood and is forced to take part in a pun-off to keep himself safe. Watch this hilarious video if you love and appreciate puns of any kind –– you’re bound to be applauding the wittiness of it all by the end.

Inspired by Superfruit and Todrick Hall’s video, Ben J. teamed up with the talented Jon Cozart and Thomas Sanders in their own edition of the “Improv Singing Game”! It’s a whirlwind of humor, quick-thinking, and really good musical skills all into one memorable video.

5. The Secret of Growing Up (ft. ChasevsEverything)

A nostalgic and beautiful video where Ben describes what it means to grow up and leave your youth. “The Secret of Growing Up” was made with ChasevsEverything, who runs his own channel and collaborates as a New Age Creator. Ben takes a creative approach that differs from his usual videos, and ultimately you will be left inspired and sentimental.

A big congratulations to Ben J. Pierce for being this week’s YouTuber of the Week!

You can subscribe to Ben’s channel by going to www.youtube.com/benjpierce!

Are you subscribed to Ben J. Pierce? Tweet us what you love about Ben to @CelebMix.