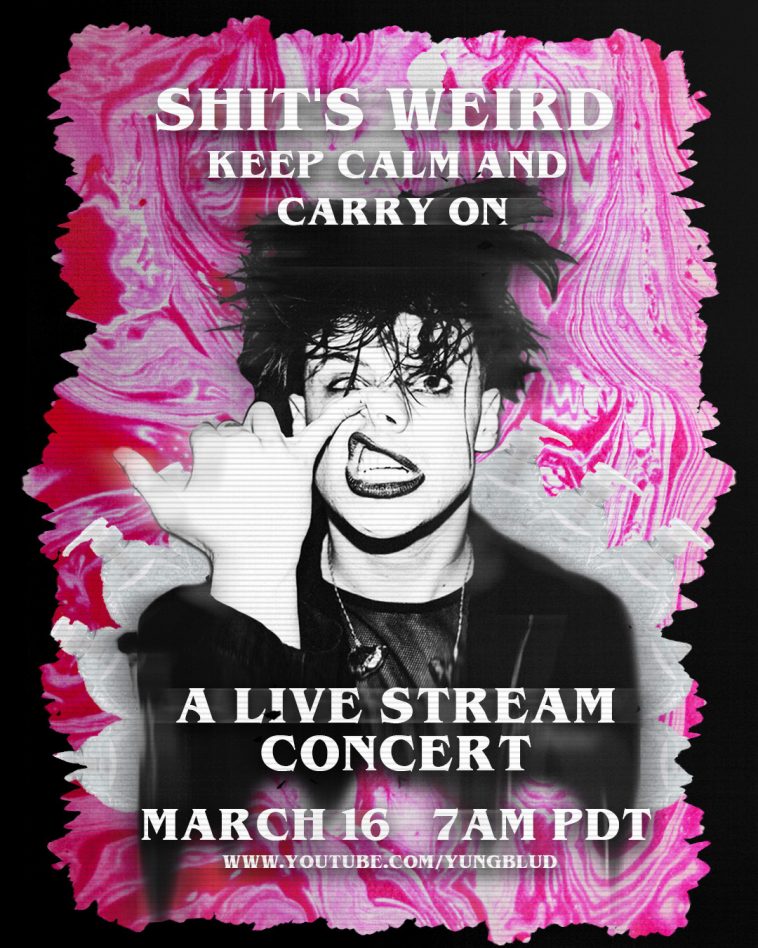 With coronavirus (COVID-19) continuing to put a huge strain on the world, including the live events industry, music artists around the globe including YUNGBLUD and Sarah Darling are doing their best to shine a little light during what is a very dark and uncertain time.

Yesterday we reported that country star Sarah will be hosting her own Facebook Live concert, which will take place on March 21. However, this Monday (March 16) Yorkshire rocker YUNGBLUD will also be performing a concert in Los Angeles which will be live streamed via his YouTube channel.

The ‘Shit’s Weird Keep Calm and Carry On’ show will see YUNGBLUD perform with his full band. He will also be joined by special guests Bella Thorne, Machine Gun Kelly and Oliver Tree. In between songs, he will be answering questions from fans living in countries where he has had to postpone shows.

Having spent the past two months in the studio working on his new album, YUNGBLUD was due to go on tour this spring. However, due to precautions surrounding COVID-19, there has already been show cancellations in 10 countries. By performing a live stream for his global fanbase, YUNGBLUD hopes to give back to the fans who have been impacted by the pandemic whilst also fostering a sense of community during a difficult time.

Speaking about the show, YUNGBLUD said, “The world is in a very weird time at the moment. Everyone doesn’t know what to do or where to turn. It’s like we are all trapped in a glass or perspex box whilst someone is playing a trick on us. My shows were getting cancelled left right and centre.  I miss the energy, I miss the connection, I miss my fans and family. We need each other more than ever right now and having the opportunity to interact with them taken away from me fully wasn’t even an option for me! We’re holding an online concert Monday 7am PDT earliest show of my life see you there!!!”

You will be able to stream YUNGBLUD’s show here on Monday at 7am PDT / 10am EDT / 2pm GMT.

Are you looking forward to the live stream from YUNGBLUD and friends? Let us know on Twitter @CelebMix