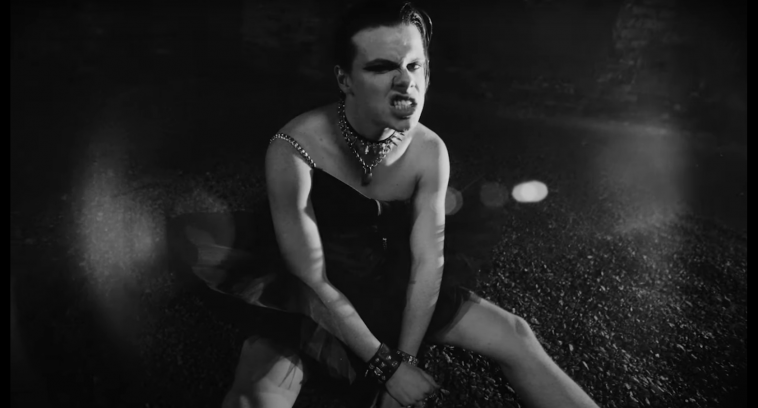 After just recently releasing the new single “fleabag,” YUNGBLUD came prepared and dropped the official music video to go along with the track! The black and white video made its broadcast premiere on MTV Live, MTVU, AND on the ViacomCBS Times Square billboard.

YUNGBLUD wrote “fleabag” in a really dark time of his life, so it made sense for the music video to be in black and white. For us, the aesthetic of the video really fit with the lyrical content.

With lyrics like, “I dance around the truth / I’ve been a ballerina boy for you / No matter what I do / You twist my words and get confused,” and “Every time I try to change, to change / I stop,” you can feel the emotional growth and confidence YUNGBLUD is expressing in this rock n’ roll anthem.

He knows who he is, and nobody will ever succeed on trying to change him anymore.

Since the release of “fleabag,” the track has amassed 1.7 Million streams on Spotify and made the front cover of Spotify’s Rock This playlist (4.5 Million followers) with “fleabag” as the #1 track.

The track has also generated 80k creates on TikTok in 5 days, which is amazing!

Also, if you’re a fan of Nirvana, we think you might recognize something iconic in the song.

Watch the official music video for “fleabag” below:

Did you enjoy this music video?