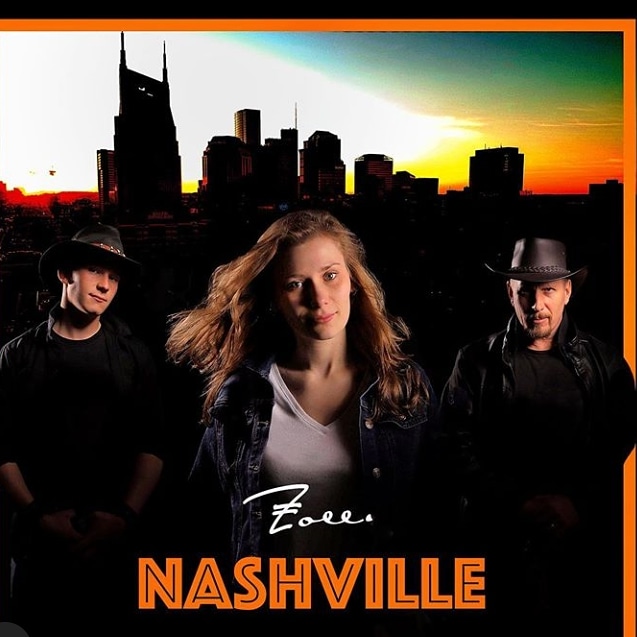 Rising country talent Zoee has announced the release of her brand new single titled ‘Nashville’ – the track is a beautiful tribute to the truly wonderful city and also showcases her insane vocal talent.

The UK based, Australian singer/songwriter was inspired to pen a track about the capital of country music after visiting the city and falling in love with it.

The song was also written in Nashville, as an extra ode to Music City.

The track had always been been scheduled for release this week, but in light of the devastating EF 2 tornado that tore through the Nashville area on Tuesday (3 March), Zoee has decided to selflessly donate all of the proceeds of the song to the Community Foundation of Middle Tennessee for their Disaster Relief fund for the tornados of Nashville.

Procceds for the singles sale from the first three months of downloads will be made available to the funds helping those in need across Tennessee.

Speaking about the song and the decision to donate proceeds to the tornado victims, Zoee says, “I’ve been fortunate to have followed my passion for music and, amongst many things, (from touring, to TV to recording) it led me to Nashville to play one of the world’s biggest country festivals (CMA Fest) last year. This song is about my love for the city and the genre, the passion of the people in the south, and a complete celebration of Country Music starting right at its roots.

We have decided to donate the first 3 months of the song release proceeds to the Community Foundation of Middle Tennessee for their Disaster Relief fund for the tornados of Nashville. Right now Nashvillians need the song more than I do.”

You can listen to Nashville here:

Are you a fan of Zoee’s new single? Let us know your thoughts across social media!