Ed Sheeran paid for a group of boys he met in Liberia during a Comic Relief trip to stay in a hotel until he could find a safe place to live or go to school.

The 26-year-old singer visited the country as part of the annual fundraising event (which was aired on Friday night during Red Nose Day) and got to know a group of homeless and parentless children. 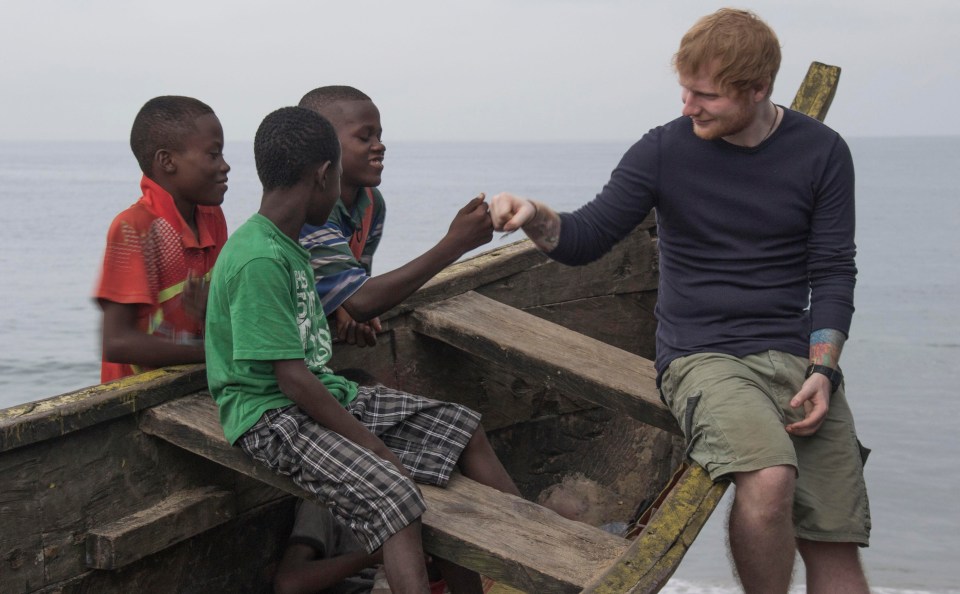 A group of young boys Sheeran met included JD, a child who lives in the slums, struggles to survive on just a cup of water and piece of bread a day and has to deal with the threat of being beaten or raped by the older boys in the community.

Sheeran was so moved by JD’s story, he refused to leave until the boy and his mates were safe.

“Once we’re done here we’re going to pack up the camera and these guys are gonna to be sleeping in a canoe with a lot of dangerous people about. Really does not feel right leaving at all.”

“It doesn’t matter how much it costs can we just get him and his five mates in a house with an older person to look after them?”

“I don’t think we can go until that’s sorted.”- Sheeran said.