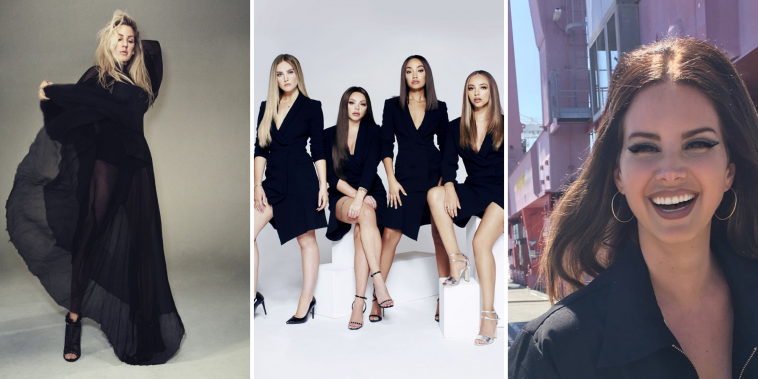 We are heading the summer, and its already looking like there is still new hope despite the world being troubled by the ongoing pandemic. There is hope in the music industry because some of the postponed albums are finally being released this summer. Several artists have confirmed new projects too. You can check out Betway to get the most successful songs of the decade.

Here are the top 17 albums you should get psyched about this summer, including the postponed ones from the spring.

Jessie Ware, a British soul-pop singer, is channeling 1970s Roxy Music disco on her upcoming fourth album – What’s Your Pleasure? With the arrival of city pop gem “Spotlight” in February, Jessie made it clear that she is returning to the club. Her album, What’s Your Pleasure, is set to be released at the onset of this summer, hoping to capitalize on the warm-weather frolicking in our future.

Shar’s new album explores her own story as a woman and the societal pressures and expectations that come with that. The album Kitchen Sinks follows up Mercury-nominated 2017 collection Holiday Destination.

None Of Us Are Getting Out Of This Live Alive, The Streets (July 10)

At last, The Streets has decided to release their first album for nearly a decade. Their 12-track mixtape features collaborations with likes of Hak Baker, Ms Banks, Tame Impala, IDLES, and many more.

Ellie Goulding is expected to release her fourth and first album in five years. Her album is one in two halves, with the first half appears to be the main album with 13 tracks. The tracks include her single Power, which acknowledges a complex world where relationships dictate our happiness and heartbreak. Still, it acknowledges that relationships can be the most painful thing no matter how enlightened you are. The second half is comprised of five tracks mostly made up of her singles she released for the past 18 months.

Jessy Lanza, for her upcoming third album, has once collaborated with Jeremy Greenspan. She has been working with him since her debut Pull My Hair Back in 2013. For the first time since 2013, the two celebrated artists have collaborated remotely, with Greenspan living in his hometown of Hamilton and Jessy now living in New York.

After a few fits and starts, it appears that Katy Perry’s recalibrated the direction of her upcoming album to match to her recent radical life changes – pregnancy and engagement. Despite her fifth album lacking title, you should expect it to be life-affirming and reflective, particularly as Perry is expecting her first child.

Kelly Lee Owens’ album- inner song was one of the albums postponed due to the COVID-19 pandemic. Initially, her album was scheduled to be released in May. This follow-up to her electronic music 2017 album features singles “night” and “Melt!” as well as “Arpeggi” – a cover of Radiohead and an appearance from John Cale.

Following the death of Brooklyn rapper Pop Smoke, the hip-hop community was sent reeling. There was outpouring support to his promising talent. In May, Universal Music Group executive, Steven victor, announced the release of Pop Smoke’s posthumous album. The rapper Pop Smoke released his mixtape – meet the woo 2, less than a month before his demise.

Paul Weller releases his long-awaited 15th album this July. He describes his album On Sunset as “a soul album, but it is an orchestral album, an electronic album, an album filled with touches of experimentalism and album packed with a heart-tugging ballad and masterly pop songs.”

The Pretender have recently announced their latest album, Hate For Sale. Hate For Sale is the band’s eleventh album release and the first album to be recorded with the now long-standing line-up of the group fronted by Chrissie. The album will be available on CD and heavyweight 12-inch vinyl formats.

Disclosure, a sibling production duo, is returning this August with a proper album, ENERGY, after five years. As always, the duo is delivering the album with interesting collaborate such as Slowthai, Kehlania, and Kelis.

The Bristol band is returning this September with their third album title Ultra Mono. The album’s lead song “Grounds” is a righteous and blistering rock that displays a positive step forward in its sound, which is almost capturing a hip-hop record feel.

After a long debate about whether stick on releasing singles or continue releasing the albums, it seems that Little Mix has decided to release their sixth album which is expected later this year, recently, they confirmed that they have already recorded about eight songs and are expected to finish the remaining songs of the album.

The 2018 Invasion of Privacy indicated that Cardi B was a force to be reckoned with, and its follow-up would be even more significant. Cardi B claimed that her album would be named Tiger Woods (a world-famous golf champion), but she later clarified that she was joking. There is no confirmed release date bat recently confirmed that the project was ready to go.

During an interview, OneRepublic frontman Ryan Tedder said that they had planned to release two albums this year with their new record “Human” dropping soon. Initially, Human was set to be released on May 8, but it has been postponed due to COVID-19. The band is now using the self-isolation process to record new songs, with their current single “Better Days” recorded during the lockdown.

Lana has already been talking about her album titled White Hot Forever, which she suggests might be a surprise during this summer. Lana also revealed that she’s working on releasing another spoken word album called behind the iron-gates insights from an institution. She hasn’t confirmed the release dates of both albums, but recently, Lana did state her next studio LP will arrive this September.