Louis Tomlinson is known frequently as the bad-boy of One Direction. It seems as though every time you turn around there’s a new scandal concerning the young lad. What people fail to see is that, from the very beginning, Louis was pretty much the glue that kept One Direction from falling apart. This is a role you’d expect him to have, since he is the oldest one – thus making him the one with the most experience in life. His fellow band members probably go to him when they need advice or just a shoulder to lean on when things get tough. But have we managed to witness moments when Louis was the backbone for 1D? We sure have! In fact, there’s more than one!  So we’re here to bring you 24 (of the million) times Louis was the glue for 1D!

#1 When he helped Harry catch his breath 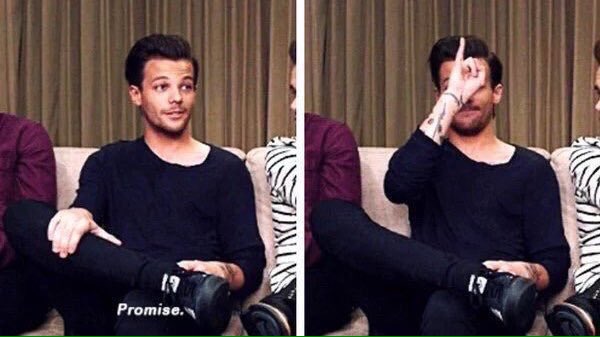 #6 When he brought OT4 together for his charity football match

#7 He missed out on the NRJ awards and the fandom….well….

#10 In the video diaries he was the leader, the funny one, and Superman – he fully lived up to it

#11 Guess who always keeps the atmosphere at concerts going? #15 Guess who’s the one in charge of stage shananigans

#18 When he helped Niall with his knee

#19 Not letting anyone leave their concerts early

Remember when Louis said "we are very excited" but it sounded so fake and the boys laughed ?

#23 He encourages the rest of the bunch

At the end of the day we all know just how much Louis brings to the band, whether it’s making his fellow members smile or helping write your favourite songs, Louis has done it all!

Sometimes though, the Tommo may even be the one to mess things up – the world still loves him though!