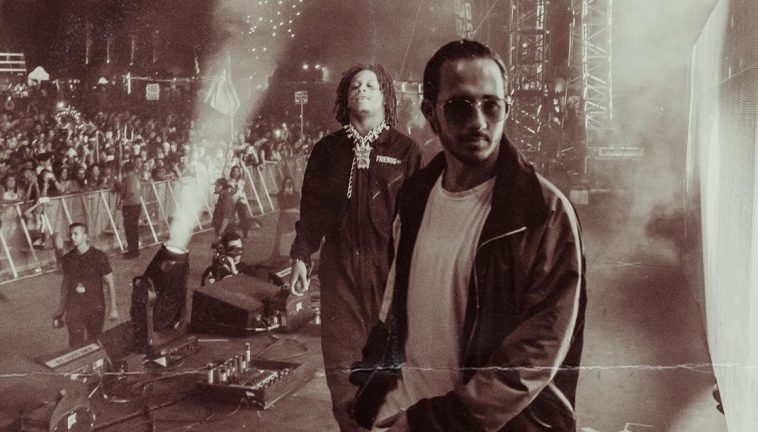 “Going Nowhere” is hard-hitting EDM track with a thumping trap bassline mixed with influences from cloud rap and emo rap. 4B had originally debuted the song live two years, and fans have been longing for its release ever since.

Speaking of the track, 4B said: “I wanted to bring someone out for my set at Nocturnal Wonderland. At that time I finished the first version of the demo with Trippie.

“He didn’t even hear it yet at that time. Last minute we were able to bring him and to perform ‘F*** Love’ and then right after I dropped ‘Going Nowhere.’”

He added: “The first time he heard it was on stage. The rest is history.”

The release of “Going Nowhere” comes after 4B teamed up with Chris Brown for “Did You” and Austin Mahone and Abraham Mateo for “Lucid” earlier this year.

The new song is sure to be a hit with both hip hop and dance music fans, and we have a feeling it could be a great success.

4B’s already made his mark in the world of EDM, working with the likes of Diplo and the late Lil Peep, and remixing tracks for Fetty Wap and DJ Snake.

“Going Nowhere” is officially out now, and you can listen to it below:

Make sure to follow 4B and Trippie Redd on social media: