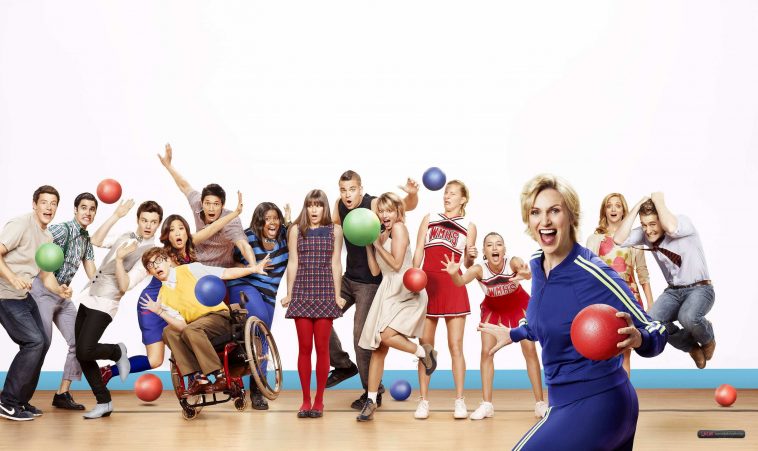 2020 marks CelebMix’s fifth anniversary as a website. In the Glee universe, 2020 is also the year of the five-year time jump from the series finale that aired in 2015, which was (you guessed it), five years ago. To celebrate CelebMix’s birthday, we have listed five of our all-time favourite Glee episodes.

The Power of Madonna

The Power of Madonna was a masterpiece – visually and musically, and in addition to this, it was highly entertaining. Sure, it wasn’t an episode that was heavily story-based, but that didn’t matter because that wasn’t its objective. It was meant to be a tribute to Madonna while still being the Glee that the audience knew, and that’s exactly what it was. It was heartwarming, funny, and beautiful to watch. This was the first tribute episode and it still stands as one of the most memorable in the show’s history.

Britney/Brittany was a cultural reset. This was the episode that introduced us the voice of Brittany S. Pierce, gave us the iconic ‘Toxic’ performance that ended in a (sex) riot, and had some of the funniest one-liners that we still repeat. And oh yeah, it featured the actual Britney Spears. We’re still not over this episode and it holds a permanent spot on our rewatch list.

On My Way was an emotional rollercoaster from start to finish. This was one of the episodes that touched upon serious subjects such as teen suicide, bullying, and texting while driving. Despite the fact that the episode was packed with storylines for many of the characters, including the almost-wedding between Finchel and the Sue Sylvester pregnancy reveal, there was also time for regionals, which (obviously) ended with a New Directions victory.

Although we now know what happens in the next episode, we will never forget the following two months of stressful waiting after the episode to find out what happened to Quinn after the car crash.

This was one of the more light-hearted episodes of the show and we loved every second of it. Guilty Pleasures gave us entertaining musical moments and fun bonding scenes with some of our favourite on-screen friendships. This is an episode that we keep returning to and it never fails to make us happy.

Okay, so this last choice is technically two episodes and not one, but they are supposed to have the same timeline so we are counting it as the same. The pilot episode of Glee is one of the most iconic television moments of our time, and whether the Glee version of ‘Don’t Stop Believing’ now gives your nightmares or cry tears of happiness, you cannot deny that it was the beginning of an era. The penultimate episode of the series tied the show together in a beautiful way by showing all of the moments that happened in between the storylines from the very first episode. Although 2009 was filmed in real-time in season 6, they decided to end the episode with the original performance of ‘Don’t Stop Believing’ – a perfect beginning of the end of Glee.

What is your favourite Glee episode? Let us know in a tweet!