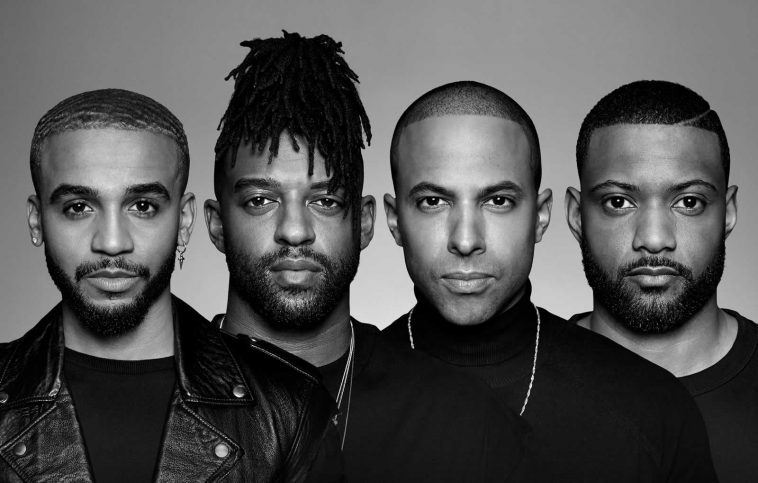 This week marks CelebMix’s fifth birthday so we’ve decided to celebrate by dedicating articles to some of our favourite celebrities. This one is all about JLS and their singles.

Rising to fame as the runners up of series five of The X Factor in 2008, JLS – made up of Aston Merrygold, Marvin Humes, Oritsé Williams and JB Gill – went on to enjoy an incredible career, releasing countless singles, four studio albums, a greatest hits album and embarking on several UK tours.

In 2013, they broke our hearts by announcing their split. However, after a near seven year hiatus, JLS made our hearts beat again in February 2020 when they confirmed their highly anticipated reunion.

We’re still absolutely delighted that Aston, Marvin, Oritsé and JB are back so we’ve decided to take a look back at JLS’s discography of singles and share with you five of our favourites.

Taken from their debut album, ‘One Shot’ has been one of our favourite JLS singles ever since we heard it for the first time. Not only is it catchy, but it also comes with a motivational message which reminds us that life is short, so it’s important to take every opportunity that comes our way. After all, “You only get one shot so make it count, you might never get this moment again.”

Released as a charity single for Children In Need, there’s no doubt that ‘Love You More’ is one of JLS’ standout singles. The ultimate love song in our eyes, this gorgeous ballad is at the top of our playlist when it comes to heartfelt anthems. It’s also the perfect first dance song at any wedding – imagine how beautiful it would be to have this song as the soundtrack to one of the most special moments of your life?

‘Hold Me Down’ was one of JLS’ last releases before their split and is definitely one of their most underrated. This inspirational song reminds you not to let people or situations bring you down and that you can achieve anything you want to. We particularly love the acoustic version, which really showcases the band’s vocals.

‘Eyes Wide Shut’ is a classic JLS bop and still sounds as fresh and exciting today as it did when it was first released. The track is so infectious thanks to JLS’ vibrant energy, and it even includes a feature rap from Tinie Tempah which includes one of our favourite ever chat up lines: “If I could rearrange the alphabet it’d be U, I, JLS…”

Released as their second single, ‘Everybody In Love’ is quite possibly JLS’ most well known single and is also incredibly special for any fan. Not only is the chorus full of heartfelt and relatable lyrics including “I’d wait forever and a day for you”, but if you’ve ever seen the band live then you’ll know that the track is well known for raising the roof with the iconic “everybody in love, go put your hands up” section. We can’t wait to be singing “now everybody say JLS, forever and ever” at a gig in the near future.