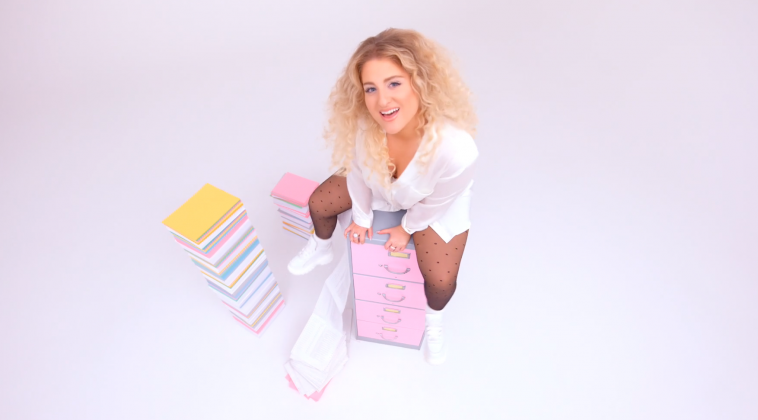 This week marks CelebMix’s fifth birthday so we’ve decided to celebrate by dedicating articles to some of our favourite celebrities. This one is all about Meghan Trainor and her music videos!

Since bursting onto the scene in 2014 with ‘All About That Bass’, Meghan has treated us to many incredible music videos. Over the years, she has grown so much as an artist and that has been reflected in her accompanying visuals. We’ve chosen five of our favourite Meghan Trainor music videos to date – enjoy!

‘All About That Bass’

Directed by Fatima Robinson, the pastel-infused ‘All About That Bass’ shot Meghan into the limelight. It’s a fun and flamboyant offering with cute choreo and outfits which was also Vevo’s second most-streamed music video of 2014. Its retro vibe became a common theme in some of Meghan’s follow up visuals and remains iconic to this day – we can’t help but want to bop along when we watch the video!

Meghan is instantly recognisable with her blonde hair however, she joined the dark side for the ‘NO’ music video and it was an absolute serve. The complete opposite to the cutesy visuals she’d released previously, ‘NO’ is a fierce and empowering video which cements the song’s message about giving the middle finger to men who make unwanted advances towards women. This video was definitely a turning point in Meghan’s career, with even more amazing videos to follow.

What’s better than one Meghan Trainor? Three of them! Directed by Colin Tilley, the disco inspired visual for ‘No Excuses’ features multiple Meghans as she styles out fierce choreography and some eye-catching outfits. The video is reminiscent of Meghan’s earlier visuals with the colour schemes however, this is a more mature offering which highlights her growth as an artist.

‘Wave’ is without doubt the dreamiest visual Meghan has released to date. Packed with earthy colours, which is a huge contrast to her usual bright and bubbly offerings, the video sees Meghan take part in an abstract dance party. With the dancers emulating a human wave, this video is incredibly intricate and breathtaking to watch.

‘Nice To Meet Ya’

Inspired by Working Girl, Meghan’s video for ‘Nice To Meet Ya’ featuring Nicki Minaj sees the songstress working in a male-dominated office. Armed with an 80s vibe, Meghan and her fellow female colleagues prove that they rule the roost and cause a stir as they dance throughout the office. Nicki also makes an appearance in this video, with the two of them reminding us that they’re totally badass women.