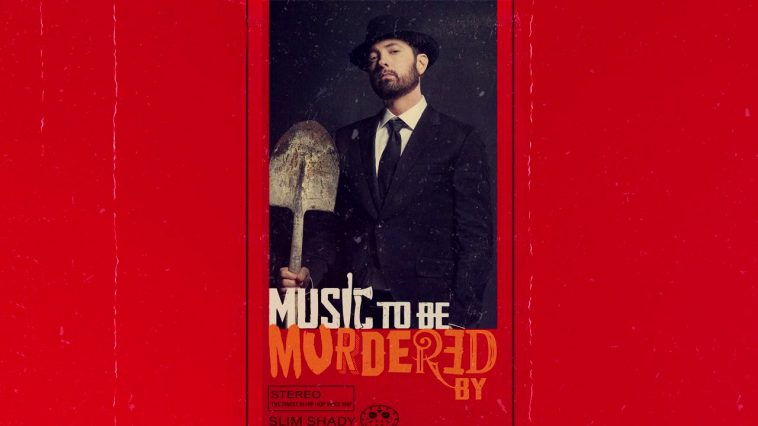 For this article, we have decided to share with you five moments in which Eminem made us cry!

1. His speech during Proof’s funeral

In April 2006, Eminem’s best friend, DeShaun “Proof” Holton, was shot and killed. Eminem was left devastated by his death – the two had grown up together and Proof helped him to further pursue a career in hip hop. They were both in the rap group D12, and Proof was also a hypeman for Eminem during his solo shows.

A rare recording of an emotional speech Eminem made during Proof’s funeral has since been made available online. During the monologue, he recalls a particular moment from when he was 16-years-old. Proof had given him a pair of shoes, asking him to put them on. Eminem questioned why, with Proof responding he was tired of his friend wearing the same old shoes again and again.

You can hear the heartbreak and pain in Eminem’s speech throughout his delivery, and it gets us in our feelings every single time.

Eminem also recorded a tribute song to Proof following his death, titled “Difficult” (2006). The song was never intended for any studio album, but ended up leaking online in 2010.

Despite the fact that the song is unreleased, it is a heartfelt tribute at the loss of a best friend. We have to consider this to be one of the saddest songs Eminem has ever recorded. Although the song is about Proof, anyone who has lost someone along the way will be able to resonate with the message of the song.

Eminem hasn’t had the easiest relationship with his mother, Debbie Mathers, over the years. He even went as far as to launch a somewhat scathing attack on her in his single “Cleanin’ Out My Closet” (2002). However, Eminem later apologised to her for everything he had said over the years in “Headlights” (featuring Nate Reuss), from his eighth studio album “The Marshall Mathers LP 2” (2013).

In this heartwrenching track, Eminem expresses remorse towards his mum and says sorry for causing her pain and disappointment, admitting that they may not see each other as often nowadays, but he will always “love her from afar”.

It’s not just his mother who he apologised to. Eminem also took the time out to give a heartfelt sorry to his ex-wife, Kimberly Scott, who he was married to between 1999-2001, and again for a few months in 2006. On the song “Bad Husband” (featuring X Ambassadors) from his ninth studio album, “Revival” (2017), Eminem is finally putting the past behind him and saying sorry to Kim for not being the ideal husband one would imagine.

Eminem admits on the track that although he may be a good father to his daughter, he is not a great husband. He details the tuberlant relationship they had over the years, as he apologises to her for the sake of their daughter.

Another emotional offering from “Revival” is on the album’s closing track, “Arose” – one of the most heartbreaking songs Eminem has released. In this track, he takes us back to his struggles with drug addiction and details his near-fatal overdose in late 2007, when he was forced to miss both Christmas and his daughter Hailie’s birthday.

He considers his thought process during what could have been his last moments on Earth, as he thinks about his daughters, his family and the memories he’s made along the way. He also looks back at his late friend, Proof and begins to see him in hallucinations.

Towards the end of the song, he literally ‘rewinds the tape’ and the instrumental from the album’s previous track, “Castle” begins to play, as he thanks the nurses at the hospital for saving his life. We shed a tear whenever we listen to this.

What Eminem moment has made you cry the most? Let us know over on Twitter @CelebMix!