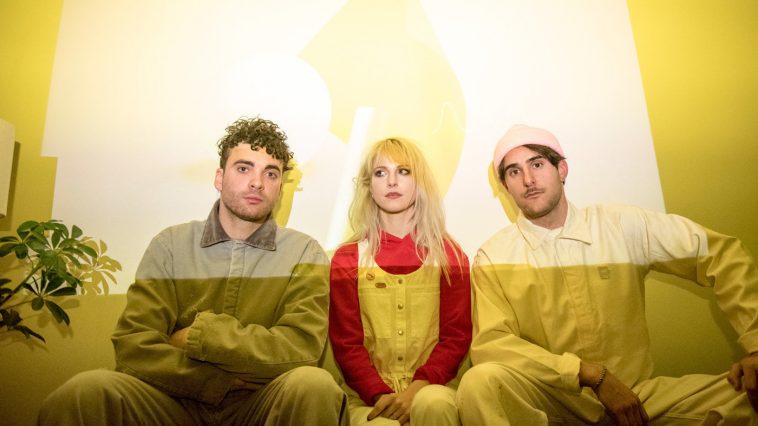 For this article, we have decided to share with you five Paramore moments that have made us cry the most.

It goes without saying, but we always shed a tear whenever we listen to this song. “26” is a track taken from Paramore’s fifth studio album, “After Laughter” (2017), and it is such a beautiful yet emotional song.

The acoustic-style ballad is lyrically about not losing hope and continuing to stay a dreamer. Paramore’s frontwoman Hayley Williams notably suffered a period of depression before the release of the album, and in a way this song shows that one can get through tough times. She warns listeners that “reality will break your heart”, but you can continue to believe and carry on after facing disappointment.

We can relate to this song so much, and so many fans have come forward saying that the song has helped them deal with their mental health issues.

2. This heartbreaking performance of “In the Mourning” and “Landslide” (2011)

In 2011, Paramore performed at their record label Fueled By Ramen’s 15th anniversary concert and gave a moving rendition of their song “In the Mourning” (2011), mashed up with a cover of Fleetwood Mac’s “Landslide” (1975).

The most notable part of this performance is the lyrics of “Landslide”, which felt well with Paramore’s situation at that given time – as this took place just a year after the the Farro brothers left the band. However, the lyrics also suggest a sense of hope, change and moving on. It makes the performance all that more heartfelt.

Paramore’s Parahoy cruise concert in 2016 was a notable moment in their career. During that time, the band was a duo consisting of Hayley Williams and Taylor York, following former member Jeremy Davis’ departure in late 2015.

Just before the band performed their hit “Hate To See Your Heart Break” (2014), Hayley paid an emotional tribute to Taylor after the tublurant year she had, thanking him for all that she’s done. It was truly a heartwarming experience to also see the crowd cheering Taylor on, and it makes us well up so much.

Hayley, trying to hold back the tears, also then states that it’s been a ‘honour’ to be able to play music with the members of Paramore, past and present, and that she’s ‘glad’ the journey isn’t over.

“Tell Me How” is the final track from “After Laughter” (2017 ) – and it seems this album era continued to give us the most heartwrenching moments.

For this song, Hayley sings about dealing with the loss of close friends, and in particular, former members of Paramore who have left the band. The group had resisted playing this song during their concerts – however, they finally debuted it live during the last show of their After Laughter tour in 2018.

The performance itself was a rollercoaster of emotions. To finally be able to hear the band play this song live after so long is such a surreal feeling. Hayley gave it all her, and you can feel the pain and emotion when she sings. A performance that will definitely leave an impact on those who watch it.

5. Hayley gets emotional during performance of “I Caught Myself” (2017)

Yet another taste of the “After Laughter” era. This performance came just days after Hayley announced that she and ex-husband Chad Gilbert were to separate, so we can only imagine how much hurt and sadness she was feeling at this given time.

Taking place during the Hamburg date of the “After Laughter” tour in 2017, Hayley began to cry as she sang the final chorus of the band’s song “I Caught Myself” (2008).  There’s no denying at that given time, she began to really think about the lyrics of the song and what they meant.

It’s such a hard performance to watch, and as Paramore would say, we hate to see her heart break.

Which Paramore moment has made you cry the most? Let us know over on Twitter @CelebMix!