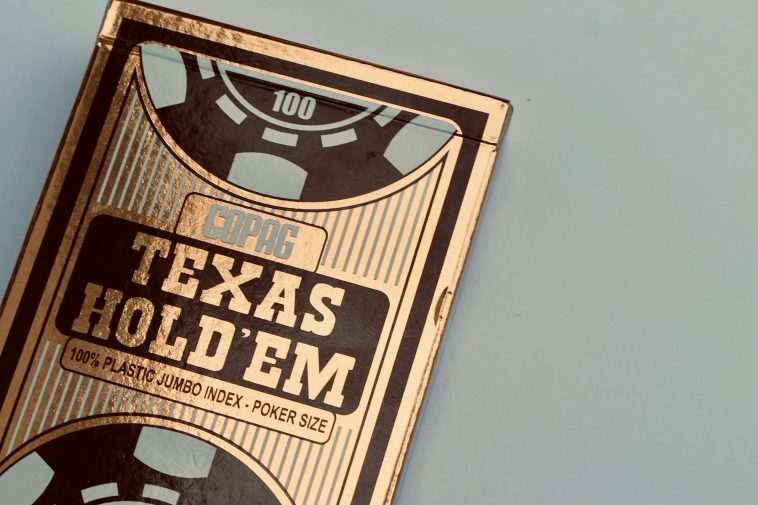 Texas Hold ‘Em is a classic poker game. It, alongside games like chess, are often games overlooked by contemporary gamers due to there being a wealth of other options on consoles, PC, and mobile. But these classic games persist, thrive. People want to learn to play them. As such, here are five tips for amateur Texas Hold ‘Em players.

Playing is all about learning. Not all game types are created equal on that front. It can be a point of contention for traditional Texas Hold ‘Em enthusiasts and for those who frequent online poker rooms. The digital and non-digital divide doesn’t necessarily form around how the classic version of the game is played. However, online versions have variants which focus on speed, getting to the hottest points of the action quickly, early, and often. For instance, GGPoker has all the traditional offerings of Texas Hold ‘Em – it is totally recognisable and familiar – but they also have exclusive games like Spin Gold, Flip & Go, and Rush & Cash. Some of these will be played at a high intensity. Others will focus on other aspects of the game.

For amateurs, it’s important to get a full understanding of the rules. However, to do that, the player will be required to emphasize different points of their learning journey at different moments. For instance, playing classic Texas Hold ‘Em enough times early on is integral to getting the gist of what happens and how it happens. They may then feel that they have a decent understanding, but want to focus on certain aspects of their play, which is then where the variants come in, allowing them to get to the point quickly and repeatedly.

It’s important not to get carried away early. Poker is a game which punishes mistakes. Amateurs will want to allow themselves to make mistakes. Many online poker sites will offer extensive bonuses and promotions for new and existing customers to operate with bigger bankrolls. As such, the “free money!” mindset can kick in and the decision-making process can become a little wobbly, a little compromised. It’s important to make the most of low stake games so that amateurs can a) make mistakes with less consequence, as mentioned, b) be able to experiment, and c) play with less pressure. We all demand a lot of ourselves, but we all need a healthy environment to learn. All the people who are the best at what they do – from Taylor Swift, to Lionel Messi, to Daniel Negreanu – they all will have set-up the best conditions for them to improve in.

It’s all in the luck of the draw. This luck can be assessed and worked out – which happens when you’re experienced. However, early on, it’s important to only play the best hands. It will allow new gamers to be aggressive when wagering, allow them to make the most of what they have and learn how to operate with them. It’ll also put them at a likely advantage, as strong hands are strong hands.

It’s easy to get caught up in the cards. That 52-card deck holds all the answers to whether or not a player can or can’t win a hand, win a game. Dominating that deck, then, often takes precedent, becomes a priority. There will be a point, though – maybe one game where something happens which causes it to finally sink in – when a new gamer realises that the game-world beyond the cards has a significant impact on the ability to win.

It happens a lot in video games. A professional player will know how the technical components of the game operate and they will likely be one of the best examples of how to do a lot of them. However, they will also be aware of the tactical elements too. For instance, Among Us is a whodunnit-type game where a crew of members have to complete mini-games while avoiding being taken out of the game by one of them who is the killer. Most of the action revolves around deducing who’s who based on what is said. However, expert players will be able to tell who the odd-one-out is just by their in-game habits, the things that they couldn’t possibly account for or mask because of the way the game is built: the meta.

Texas Hold ‘Em is kind of similar. Table position, for instance, is one example of the metagame.