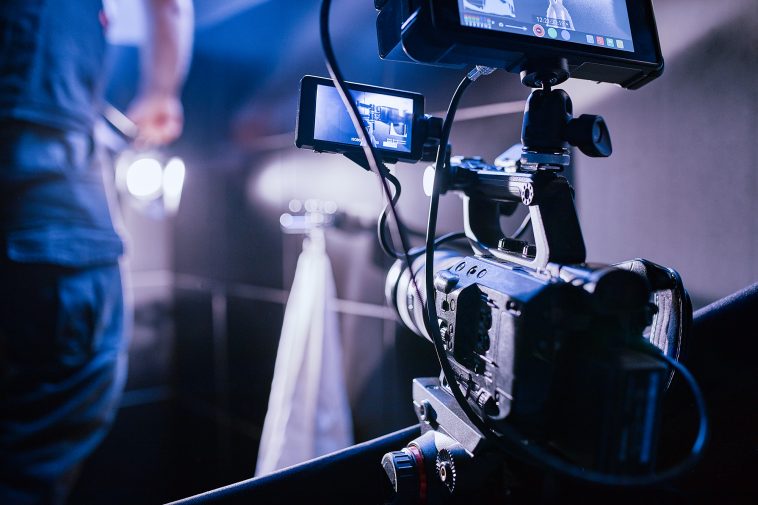 It’s so easy to assume that celebrities have glamorous lifestyles and spend all of their time outside of work spending their money and living it up. However, just like us, they have periods where they’re forced to do things they don’t want to do, and that often involves them sitting on a set for hours, waiting to shoot their next scene or music video. So what do they get up to when they’re not needed on set? Below, we’ve rounded up some of the ways that our favourite celebrities keep themselves entertained when they’re waiting around…

Some of our favourite celebrities might have millions in the bank, but that doesn’t mean they can’t enjoy a good flutter. One of the reasons why casino games are so popular is because they can be played from the comfort of celebrities’ trailers on their phones or iPads, allowing them to enjoy the Las Vegas experience when they’re on the other side of the world. Gladys Knight, for example, is known to play Baccarat online and has reportedly spent as much as $40,000 during a single session. Ian Fleming, the writer of 007, is another baccarat lover, and it’s referenced heavily in the Daniel Craig-led franchise, including in No Time to Die.

One of the most common activities that celebrities partake in to keep themselves busy when they’re on set is to work out. Between shoots, they can spend some time in the on-site gym or with their personal trainer, improving their bodies and making themselves look as good as can be. For example, when Alexander Skarsgard was playing Tarzan, he spent his time on set eating an incredible 7,000 calories per day, telling journalists: “The diet consisted of 7,000 calories per day of mostly meat and potato. For the first three months, I ate constantly. I was still shooting True Blood at the time and they gave me a Tupperware box with cold steak and potatoes and salad I would walk around on set constantly eating.” When he wasn’t eating to bulk up, he was working out with a personal trainer, helping him transform his body.

Younger celebrities spend a great deal of time engaging with their fanbase on social media, and can be regularly found partaking in Instagram Lives to update their adoring followers on what they’re getting up to. They might perform an impromptu set in the middle of a music video shoot, update fans on upcoming episodes of a popular TV show, or have fun going live with other celebrities, answering questions and generally being silly. It’s a fun way to pass the time and allows them to build rapport with their fanbase at the same time; a real win-win!

If you love watching celebrities go live and want to get involved, here are some of our favourites. Miley Cyrus frequently goes live with special guests, talking about music, mental health, and more, and Cardi B has fun on Instagram regularly, too. We’re also huge fans of John Mayer, Mark Kanemura, and Tyler Cameron who each go live every week on their channels. The best idea is to follow whoever you’re passionate about and turn on push notifications, so you can be alerted when they’re going live. Get involved and comment, and you never know: you might just get a response from your all-time favourite actor or musician.

Writing their own books

Many of the world’s most famous celebrities have used downtime during filming to write their own books, whether autobiographical or fiction. Elton John wrote Me over several years, including in the dressing room when touring, and Ali Wong, whose book Dear Girls: Intimate Tales, Untold Secrets, and Advice for Living Your Best Life topped the charts last year, was also known to crack open her MacBook and type away when she wasn’t in between takes.

Learning how to cook

Finally, some stars use their free time on filming days to prepare delicious meals for their castmates and crew. Lady Gaga, for example, comes from an Italian family and regularly cooks up authentic, traditional dishes to serve her guests, whilst Reese Witherspoon can often be found sharing her favourite Southern recipes online. She’s a fan of buttermilk biscuits and southern fried chicken – honestly, we’d do anything to get our hands on some!

There you have it – some of the ways in which celebrities keep themselves busy when they’re out shooting a new movie, TV show, or music video. Which of these surprised you the most? Let us know and check back soon for more celebrity news and entertainment.