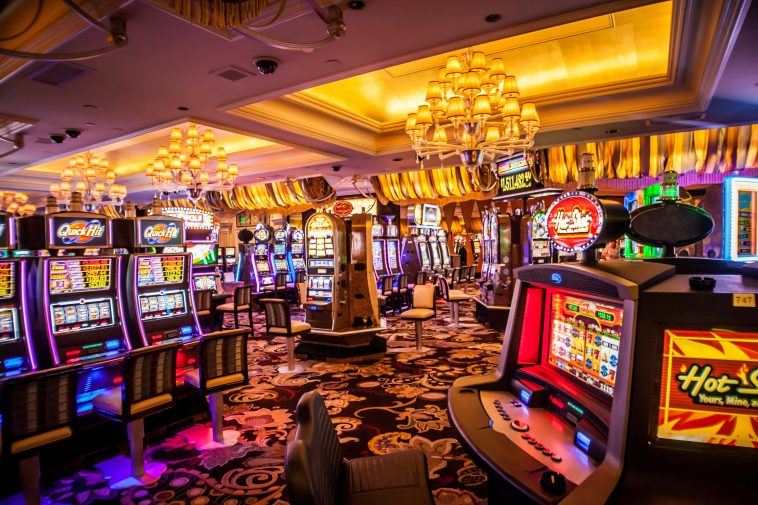 Online slots and other casino games come in many themes – from Greek mythology, adventure, jungle to Irish luck and safari, they are simply endless. Some branded slots are also common, and usually, they are inspired by movies and TV shows, such as The Slotfather, Vikings, and Game of Thrones. All these themes tell us that there will be music in the background of these casino games, but not just any music. Many famed musicians, rock bands, rappers, and even DJs now have been featured in casino games or have their own. So, let’s see who are the popular artists whose music you can listen to while spinning reels.

Importance of Music in Casinos and Games

The idea of having music in casino games is not an accident. Music plays an important role in making those games more interesting and enjoyable. And thanks to technology we can have all those land-based casino games in an online form and adding music to them has been made much easier. Sound effects offer an exciting atmosphere and a sense of accomplishment.

The music in the background always builds on the friendly atmosphere and players will enjoy games more if the music is matching the theme of slots, for example. Music simply sets the mood and the pace of players’ gameplay and it will affect their decision-making. The same thing happens in online slots, and if you’d like to try some of them, you can visit online casinos like Super Seven and test how you like music in their games.

Speaking of online slots with great music, the English heavy metal band has created its own slot game. NetEnt launched the Motörhead slot game in 2016. It was instantly a huge success and became a living legacy to honor Lemmy Kilmister. This metal band has a great career of 40 years and Lemmy Kilmister was considered a British rock music icon, and has paved the way for a new wave of heavy metal in the UK.

Kiss is probably the most recognized rock band ever with their hard rock sound, face paint, and over-the-top outfits. Their stage performances were something to remember and there isn’t anything that Gene Simons can’t sell. That is how they have released their branded KISS slot in 2013, with 5 reels and 100 paylines. The developers made sure to replicate the elements of the band in the graphic design and there are some actual video clips from their live concerts.

They are certainly one of the greatest and most inspiring rock bands and they have brought us many great songs, including Sweet Child O Mine, Paradise City, Welcome to the Jungle, and many more. To commemorate their 30th anniversary, in 2015, NetEnt released Guns N’ Roses slot game. The slot has tons of famous elements of the band and their most popular songs which play through the entire game. The slot has 5 reels, 3 rows, and 20 paylines, and there are the Encore free spins which can bring a big win.

This unforgettable guitarist also has a slot game. This online slot embraces a psychedelic feel which fans love and it aims to detail how Hendrix reinvented playing the guitar. You can also get a nice virtual trip to Woodstock since the game’s graphic design is dominated by the flower-power era. Not to forget how Hendrix’s hits are playing through the game, including Voodoo Child, Foxey Lady, Crosstown Traffic, Purple Haze, and many more.

Deadmau5 is a well-known name in the house music industry and he has released eight studio albums and participated in several major music festivals. And now, this incredible DJ has his own casino game. The Deadmau5 slot is beautifully built and it has an amazing soundtrack accompanied by stunning visuals that will make you believe you are at a festival. What makes this slot so refreshing is that it is one of the few that feature EDM and Trance music, while the majority of casino games have metal and rock soundtracks.

Twisted Sister sure knows how to make energetic rock ‘n’ roll sounds. This talent landed them a great online casino game which is an homage to their humorous and exaggerated videos. The popular songs that landed them international fame are Stay Hungry and I Wanna Rock, and even though they had some highs and lows, they are still a memorable heavy metal rock band. Their slot game by Play’n GO includes their famous songs, such as I Wanna Rock and We’re Not Gonna Take It. The game has a 6×6 grid and has a cluster pay mechanism.

We all know that music plays an important part in games, especially when it comes to casino games. So, there is no surprise that metal and rock bands, as well as some DJs have implemented their energetic music into these games to attract crowds and provide players unforgettable gameplays.