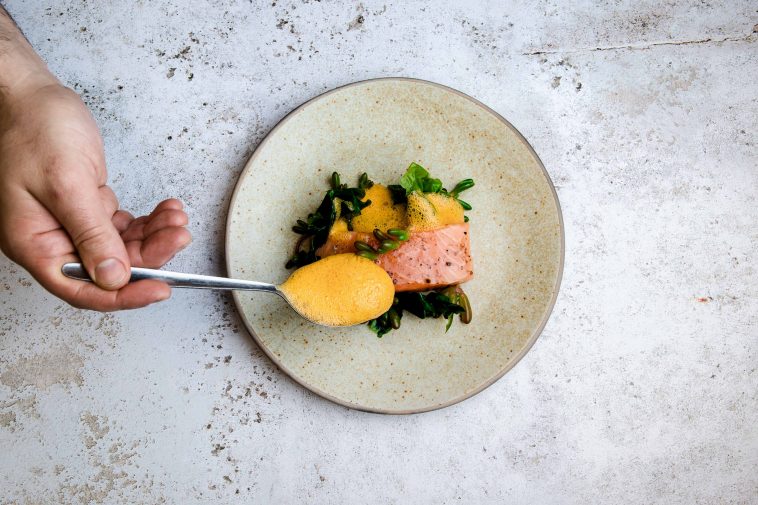 When people think of Gordon Ramsay, they often think of a foul-mouthed and angry chef that happens to be incredibly talented. He definitely has a polarising personality that either makes you love or hate him. Despite what you think about him, there’s no denying that he is one of the most world-renowned chefs out there with an instantly recognisable face and name.

Strangely enough, there is more to this multi-Michelin starred chef than meets the eye. Gordon Ramsay has so much hidden under the public persona, that it’s a shame that everyone is missing out on these crazy facts. Thankfully, that’s where we come in and it’s time to expose Gordon Ramsay as the truly fascinating figure that he truly is.

He didn’t originally want to be a chef

As a child, Gordon Ramsay aspired to be something other than a chef. Like most young boys in England, he wanted to be a professional football (aka soccer) player. When he was 12, he ended up playing for Warwickshire and even played at Glasgow Rangers.

Sadly, this was not meant to be for Gordon Ramsay and his dreams of being a professional football player were put on hold indefinitely. His football career was marked by multiple injuries including a serious knee injury that meant he had to stop playing football professionally. However, this ultimately led him to pursue culinary school and the rest is history.

Despite his professional football career ending when he was a teenager, Gordon Ramsay managed to compete in five celebrity football matches with Soccer Aid which allowed him to live out his dream just for a moment.

Has his own online slot

Not content with ruling the culinary industry, Gordon Ramsay made his iGaming debut with the NetEnt slot called Hell’s Kitchen. This game is heavily inspired by the Hell’s Kitchen TV show that features two teams of amateur chefs fighting against each to be the best chef in the kitchen.

The show started in 2005 and continues to be a hit reality television show even today. Gordon Ramsay puts the chefs through rigorous training and the show features many iconic catchphrases. Naturally, all of this is translated into the game with Gordon Ramsay’s voice-over throughout as well as features based on his specific challenges. It’s an absolute delight for fans of the show and shows a lighter side to Ramsay.

A black belt in karate

It’s already been established that Gordon Ramsay has come from a sports background and is no stranger to hard work. He combined these passions together to become a black belt in Karate. The only reason Ramsay picked Karate out of all the other martial arts was because he thought of it as a work of art.

Amazingly, he managed to showcase his skill and put his money where his mouth is during an episode of Hell’s Kitchen. One of the contestants tried to slap him and his training allowed him to deflect the slap with no trouble whatsoever. Definitely do not try to complain to Ramsay about any of his dishes or you might end up seeing his karate moves in action.

He won’t leave his wealth to his kids

In 1996, he married Cayetana Elizabeth Hutcheson and ended up having five children named Megan, Holly, Jack, Tilly and Oscar. Despite these kids being born into an incredibly wealthy family, Gordon Ramsay intends to keep his children humble and wants them to have an upbringing similar to his own.

He has strict rules in his kitchen and with his parenting style as he refuses to hand out jobs to his children, makes them clean up after themselves, does not let them fly first-class and he is even refusing to give them an inheritance when he dies. Instead, all they will get is a 25% deposit on a flat and the kids will have to pay the rest of the mortgage off themselves.

Many people hear Gordon Ramsay and they immediately think that he is English. It may come as a surprise that he was actually born in the Scottish town of Johnstone in November of 1966. He was born the son of a nurse and a shopkeeper who moved to England when he was only nine years old.

Whilst he may have left Scotland quite young, the country still remains in his heart as he has been a patron of many Scottish-based charity organisations. He has worked closely with the Scottish Spina Bifida Association since 2004 creating many different fundraisers and initiatives to help the charity.

Once held up at gunpoint

Gordon Ramsay goes across the world for his career and sees many beautiful sights on his travels. Unfortunately, this is not always the case as he ended up being held at gunpoint whilst filming an episode of Channel 4’s Big Fish Fight in Costa Rica.

This happened during a segment of the show where Ramsay wanted to delve into the world of shark hunting. When Ramsay and the crew arrived in Costa Rica, they were marred by misfortune as angry fishermen pointed guns at the crew trying to stop them from going public with the footage of their illicit shark fin trade.

The fishermen even poured gasoline on Ramsay prompting him to run away. Once the local authorities showed up, they advised the crew to leave the country or continue to be pursued violently by the fishermen.

Once threw Joan Collins out

It’s been established that Gordon Ramsay is nowhere near as bad in real life as he is on TV. However, there have been some times when Ramsay has acted like a drama queen in reality. Joan Collins is one of the last remaining British icons of the Golden Era of cinema and is known across the world – but this would not save her from being thrown out of one of Ramsay’s restaurants.

This all happened on one fateful night in 1998 when Collins had dinner with a former food critic named A. A. Gill. Ramsay and Gill had a tumultuous relationship as the food critic had often left terrible reviews that the chef didn’t agree with. As soon as Ramsay saw Gill, he kicked the table out of his restaurant which included Collins.

Thankfully, this matter has been resolved years later as Ramsay has since expressed regret and apologised to Collins on his Channel 4 programme The F Word. The two have since buried the hatchet and all’s right within the world of show business.