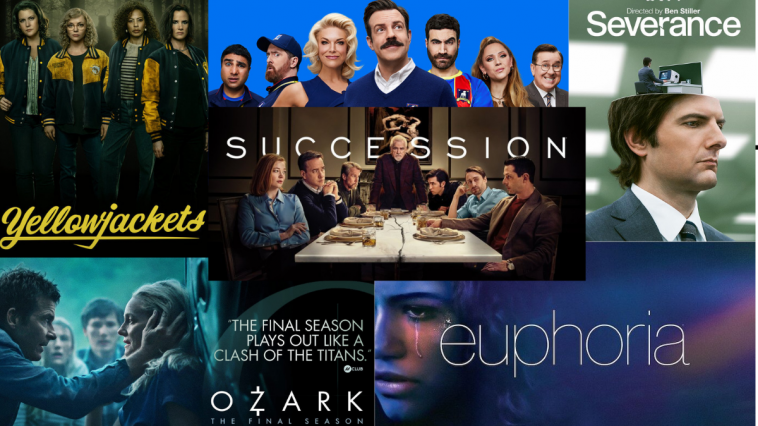 The 74th Primetime Emmy Award nominations have been announced, and the highly anticipated award night will be held on September 12. After an exceptional year of television brimming with an array of shows, we are excited to see some of the best and our favourite binge-able dramas getting nominations for the most prestigious awards for 2022.

The television season this year was quite unprecedented. An avalanche of new shows engulfed us at every turn as folks ventured out into the outside world again. 21 shows are contending this year for one of the three most esteemed awards: outstanding drama, outstanding comedy, and outstanding limited or anthology series.

The 2022 Emmy nominations astounded us as we witnessed an overwhelming debut of new television shows this year. Of course, we understand that it’s hard to keep up with (not Kardashians, pun intended) all the shows simultaneously. However, we don’t want you to miss out on any incredible content or stories because they have definitely earned a spot on your watch list thanks to their outstanding screenplay, cinematography, direction, and performance.

Whether you’re looking for a laugh-out-loud, hilarious comedy show or a riveting drama, or maybe a dark, inspired by-true-events limited series, or something that will instantly tap into your emotional spectrum, there’s something for everyone among the list of Emmy nominees.

Squid Game made history as the first non-English language show to be nominated in the outstanding drama category. Andrew Garfield went from Oscar-nominated to Emmy-nominated within just six months. That’s what we call star charisma. Good for him! There’s nothing else we can say about One Last Time: An Evening With Tony Bennett & Lady Gaga. Just be prepared to watch through tears, enjoy from the core of your heart and prepare the stack of tissues.

From the intensely absorbing true-crime drama-documentary, The Staircase, the beautiful dystopian series, Station Eleven, the mind-churning second season of The Flight Attendant, the heart-pounding finale season surrounding the harrowing tale of a Midwest money-laundering family in Ozark, followed by other massively fan-favourite shows such as Euphoria, Ted Lasso, Barry, Abbott Elementary, Only Murders in the Building, Yellowjackets, Inventing Anna, and more- every limited series/show is available to stream online.

Since you’ve missed a few treats here and there, we’ve put together a streaming guide for you to catch up with each nominated show ahead of the award show. Make sure you watch them all before tuning into the 2022 Emmy ceremony live on NBC at 8 p.m. ET on September 12. If you haven’t caught up by then, that’s on you.

Where to watch the 2022 Emmy nominated series online?

Which shows will you be bingeing before the 2022 Emmys? Which shows, creators and artists are you rooting for? Let us know by tweeting us at @CelebMix!