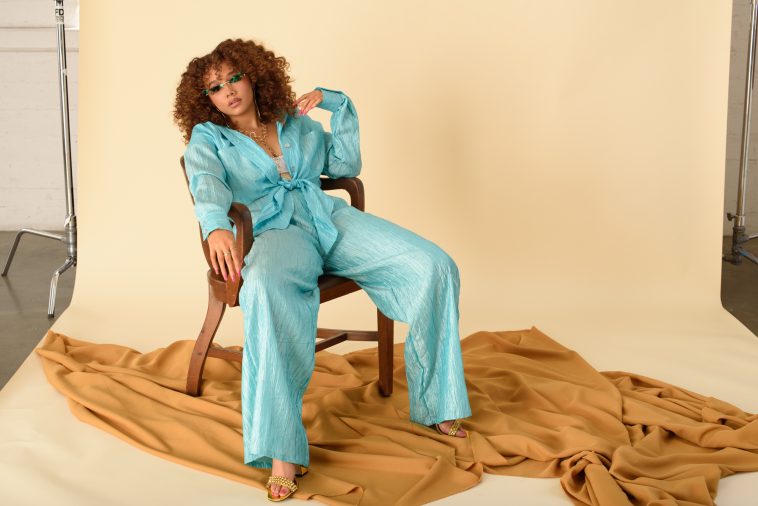 Acclaimed actress, singer and songwriter Talia Jackson has just unveiled her latest dark pop single and it has a commendable way of pulling at our heartstrings.  Entitled “You”, the track is an unabashedly heart-on-the sleeve personal account of being ghosted and gaslighted in a romantic relationship.

Talia’s deeply honest narrative is poignant yet refreshingly relatable at the same time. She touches on a situation where her lover has wronged her with hot and cold behavior, deceit, and insecurities that are projected back at her.  In “You”, Talia relates how addicting love can be, even if it is ultimately wrong for us. She confides, “You is the most healing song I’ve ever written.  And at the same time, it feels the most, I guess freeing, almost euphoric feeling I get when I listen to it because I know what I went through, to write it.”

In “You”, Talia’s vocals take center stage and there is a pristine, dazzling and emotive quality to her singing that is deeply alluring.  The simple production highlights alt R&B downtempo beats, a bright guitar riff, and moody synths to create a juxtaposition of sounds that is rarely heard in pop music today. Even though Talia has released a handful of other infectious tracks, “You” is the first single she wrote and co-produced herself. The single follows “Hidden”, a delicious and hopeful pop number about finding solace in moving on.

The songwriter began penning lyrics to help her deal with her own mental health issues and provide an additional outlet for her creativity. “I had experienced a lot of hurt within the last two years, and so when the pandemic hit, I was alone, and I was hurt. And the only thing I could really do, and the only person I could talk to, was myself. And so to get everything in my head, out of my head, I had to write, and music was something I’d always loved. Singing had always been part of my life in a way, never in a career way, but it’d always been there. Thankfully, my mother told me that I should consider writing music, and she said it’d be healing for me.”  As a result, her empowering songs have helped others deal with their own depression and anxiety and not feel so alone.

In addition to her music, Talia is known for her leading role in Netflix’s hit series Family Reunion where she plays character and fan-favorite  “Jade.” The show recently won a NAACP Award for “Image Award for Outstanding Children’s Program” and is on its third successful season this year. Aside from acting and recording music, Talia spends her free time writing songs with her brother Armani Jackson, who is also making waves in the entertainment and music industries. As a young celebrity who is very public about her personal struggles, Talia is a strong advocate for mental health awareness as well as a devoted supporter of the Global Lyme Alliance.

Listen to Talia Jackson’s new single “You” and remember that you are better than any unfulfilling love affair.