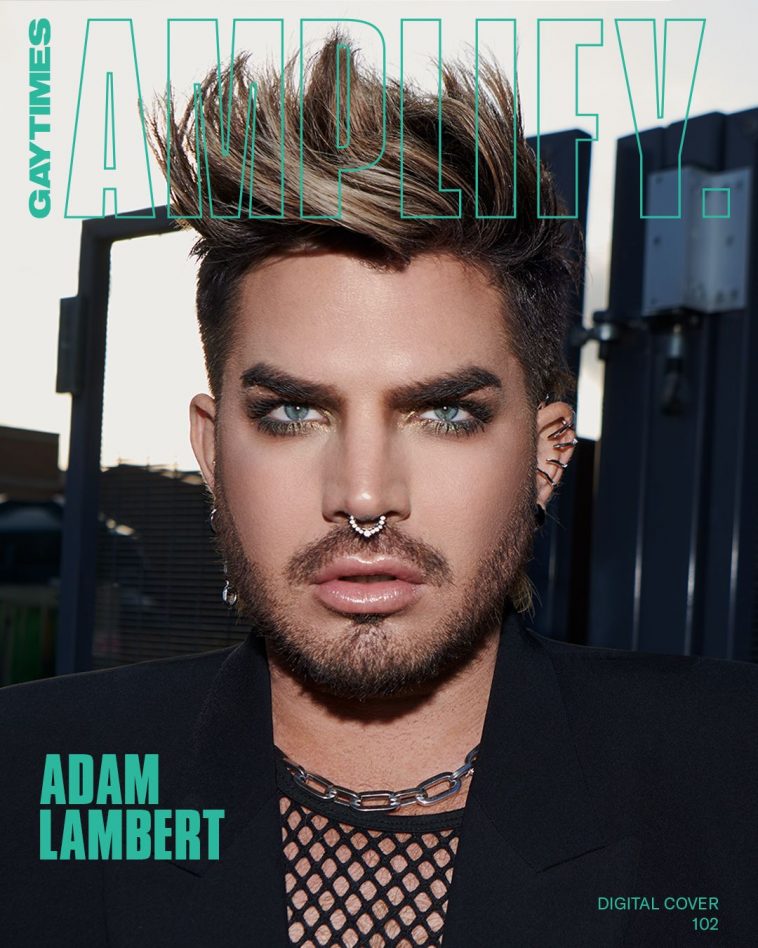 For GAY TIMES‘ latest digital cover story, they sat down with the one and only Adam Lambert to speak about the importance of supporting LGBTQ+ issues, the explosion of queer talent we’ve seen break through in recent years, and why it’s imperative that the community bands together to fight for and protect the rights of trans people.

Along with being the cover star for GAY TIMES’ Amplify, Adam was also recently announced as a judge on ITV’s brand-new talent show Starstruck, and continues his work with his non-profit organization, the Feel Something Foundation, in support of LGBTQ+ human rights.

You can buy some merch from the Feel Something Foundation below!

Profits will be donated to akt, who support homeless LGBTQ+ youth.

Below is just some of what Adam said to GAY TIMES.

ON STARTING OUT IN THE INDUSTRY AS AN OPENLY GAY MAN:

“I wanted to connect with other queer people in the music industry because I know that when I started 10 years ago, it was sort of like the Wild West for me. There weren’t a lot of us on the mainstream level. It was an obstacle course. I didn’t have that many examples of how to go about things, and it was quite an adventure. Ten years later I can see there’s been so much progress, and there’s so many more queer artists out there right now. We’re now allowed in that space.”

ON THE NEW GENERATION OF LGBTQ+ TALENT:

“There’s so much talent! And it’s a really diverse array of talent too – across genres, philosophies, it’s a really exciting time. But I also think it’s across the board in the entertainment industry. We’re seeing a lot more queer actors come through. It’s a time where we don’t have to ask permission anymore. It’s a time where queer creatives deserve some spotlight. I also feel that more and more we’re able to stand on our own two feet, and I think that’s really important to note. We don’t need the straight saviours to come in and save us! We’re good and we’re doing really well.”