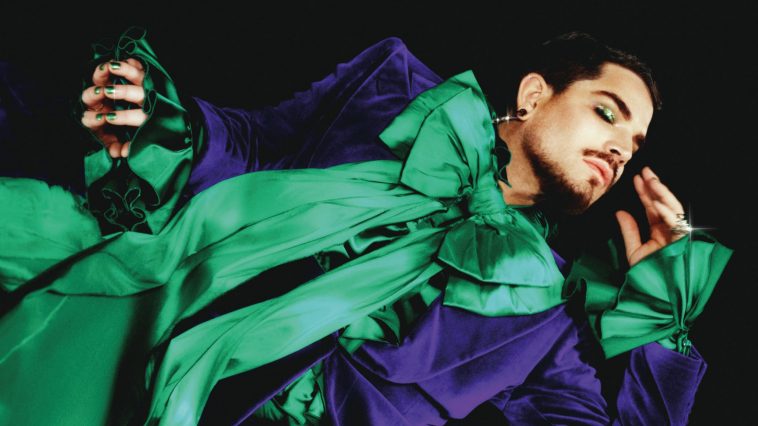 Global superstar Adam Lambert and his Feel Something Foundation are celebrating Pride month by launching a second eBay auction in aid of LGBTQ charity GLAAD.

The first auction was launched back in April, with 15 iconic items from Adam’s wardrobe going on sale, including a Dolce & Gabanna three-piece suit worn during the North American Rhapsody Tour with Queen, and a leather studded jacket worn during the American Idol Live Tour 2009.

The initial auction raised more than $46,000 for GLAAD’s continued support of LGBTQ people during the COVID-19 crisis, and now Adam has offered up another 15 of his one-of-a-kind stage looks for auction.

This time around, fans can bid for items including the Balmain leather jacket worn by Adam on cover of The Original High, a red, white, and blue jacket worn during his 2017 tour with Queen, and a three-piece Ermenegildo Zegna suit worn during the American Music Awards in 2009. Supporters can also show their support for GLAAD and Adam’s mission by purchasing virtual Gifts that Give Back via eBay for Charity.

The auction is currently live, and fans can bid on their favourite pieces through June 20 at 4pm PST. 100% of the proceeds will go to GLAAD as they continue to accelerate LGBTQ acceptance, and you can view the items available here.

Speaking about the auction, Adam said: “The Feel Something Foundation is honoured to once again partner with GLAAD and eBay for Charity for our second fundraiser. It was so inspiring to see my fans come together and raise vital funds to support the LGBTQ community in our first auction back in April. I can’t wait to continue this momentum, kick off PRIDE and help raise more money for GLAAD!”

“We are so grateful and honoured to be working with Adam Lambert and his Feel Something Foundation to kick off Pride Month in support of GLAAD’s youth engagement program,” said Anthony Ramos, Head of Talent, GLAAD. “Adam is one today’s most inspiring and influential superstars who always makes it a top priority to use his voice to help others and we are thrilled to be once again partnering with him and eBay for Charity on this special auction which will raise critical funds that we will use to support our queer youth.”

Ahead of the auction, Adam took part in a Zoom panel with four LGBTQ youths from around the US who serve as GLAAD Campus Ambassadors. The conversation was moderated by GLAAD’s Anthony Ramos and featured:

During the Zoom session, the five discussed what Pride means to them, the change they want to see across representation in the media, in addition to how activism informs Adam’s music.

During GLAAD’s 2017 Accelerating Acceptance report, to was revealed that 20% of young people identify as LGBTQ. Whilst GLAAD’s latest research shows that “LGBTQ acceptance in America is slowing, particularly amongst younger Americans,” the GLAAD Campus Ambassadors aim to amplify the voices and vision of young LGBTQ people.