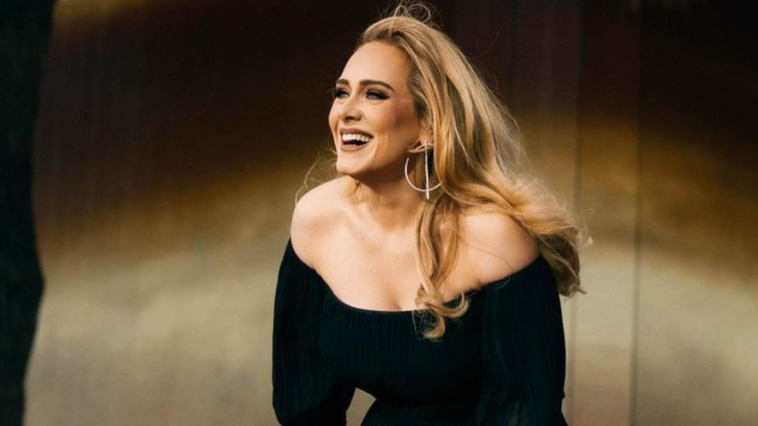 The wait is finally over as Adele is returning to Vegas.

Adele has finally announced Las Vegas residency dates months after abruptly postponing shows in January earlier this year, just a day before the concerts would begin. “Words can’t explain how ecstatic I am,” the singer says. Words can’t explain how eagerly we awaited for her Las Vegas residency and to see Adele get back on the stage and belt out some of her ravishing bangers on an illuminating night.

Reemerging from the shadows after six years, the British-born pop powerhouse, Adele, unveiled her album “30,” alleged as the most profound, vulnerable and most intimate, personal album to date. The album broke plenty of records upon release and was profoundly lauded by her fans and critics, becoming the best-selling album of 2021.

The English pop singer-songwriter is one of the most broadly popular performers of her generation who turned from singer to a household name with her soulful, emotive voice and traditionally crafted songs around her life experiences, which were enwrapped in emotions ranging from grief to gratitude. Her album “30” weaves an intimate plotline, recounting the dissolution of her marriage with her ex-husband and the tumultuous process of rebuilding herself up again. She peppered the lyrics with her memories of long, restless nights and guilty confessions to self-love, reviving confidence and foraying on her new journey.

The Las Vegas residency was first announced in November 2021 to support the album “30,” with the shows originally set to start on Jan. 21 and take place most Fridays and Saturdays at the Colosseum venue in Caesars Palace Hotel through April 16. Adele then canceled the day before it would have begun. In a tearful statement posted via a video on her social media, she informed her fans about the postponement, informing that COVID-19 had caused delays and the show was simply not ready. She and her team had “been awake for 30 hours” trying to figure things out but have “run out of time.”

“I’m so upset and I’m really embarrassed and I’m so sorry to everyone that traveled again. I’m really, really sorry. I’m so sorry. It’s been impossible. We’ve been up against so much and it just ain’t ready.”

In a July interview on Desert Island Discs, Adele acknowledged the grief and overwhelming guilt she felt after canceling the show. She explained that the reason was down to quality. “The show was not good enough,” she said. “Maybe my silence has been deadly, I don’t know. But it was horrible. I was a shell of a person for a couple of months,” she said. “I just had to wait it out and just grieve it, I guess, just grieve the shows and get over the guilt, but it was brutal.”

Weekends with Adele will now run from November 18, 2022 at The Colosseum at Caesars Palace and run through March 25, 2023, taking in 32 shows in total. Priority access for the concerts will be given to those who purchased tickets for original residency dates but had those tickets refunded or had been wait-listed for presale, with those ticket sales set to start on Aug. 10.

In a new statement posted on her website and social media accounts alongside the announcement, Adele said,

“Words can’t explain how ecstatic I am to finally be able to announce these rescheduled shows. I truly was heartbroken to have to cancel them. But after what feels like an eternity of figuring out logistics for the show that I really want to deliver, and knowing it can happen, I’m more excited than ever! Now I know for some of you it was a horrible decision on my part, and I will always be sorry for that, but I promise you it was the right one. To be with you in such an intimate space every week has been what I’ve most been looking forward to, and I’m going to give you the absolute best of me.”

Earlier this month, Adele made a return to the stage as she held her first public concerts in five years, playing two nights at London’s Hyde Park. Check out some pics from her vibrant concert below:

Are you as excited for Adele’s Las Vegas Residency as much we are? Share your thoughts with us on Twitter @CelebMix!