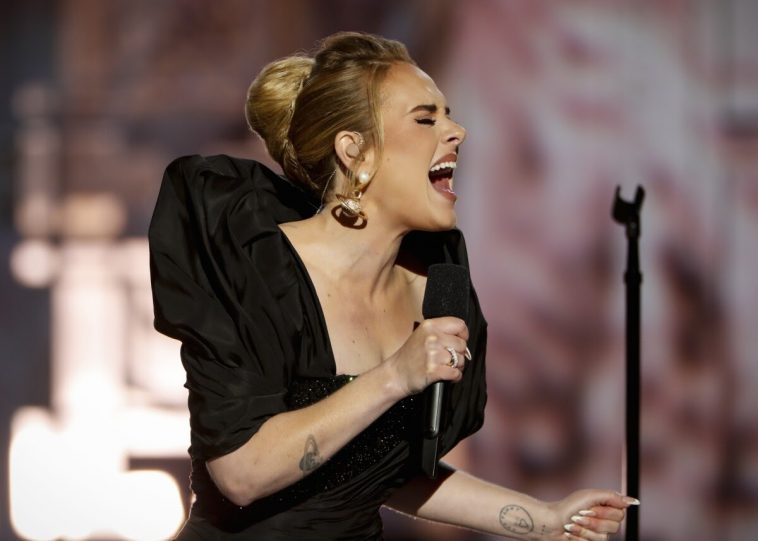 Reemerging from the shadows after six years, the British-born powerhouse, Adele, released what is alleged as her “riskiest and rawest” record to date. Adele turned from singer to a household name through crafting records based on her life experiences, which were enwrapped in emotions ranging from grief to gratitude, inspired by her experiences with heartbreak. Her recent album, “30” was released on November 19, 2020, and is inspired by her divorce from her ex-husband, Simon Konecki.

There wasn’t a better way to promote the new album than to hold a private show at the iconic Griffith Observatory, with three hundred of Adele’s celebrity friends and family in attendance. Picture familiar faces like Lizzo, Ellen Degeneres, and Drake, arriving at a carefully constructed labyrinth in front of the building, towering above the peaks of Los Angeles. This was recorded by CBS, slated as the “One Night Special”, which amassed over 10 million views on the night it debuted.

Owned by The Wrap

The album is referred to by Adele as her “most personal one yet”, an intimate plotline detailing the breakdown of her marriage and the tumultuous process of rebuilding herself up again. The lyrics are laced with reminiscences of sleepless nights, guilty confessions, and even the addition of voice clips from her bedtime conversations with her son Angelo. She disclosed in Vogue about wanting the record to explain to her son, “when he’s in his twenties or thirties, who [she was] and why [she] voluntarily chose to dismantle his entire life in the pursuit of [her] own happiness”. Although the record itself resembles tones of defeat, Adele’s stunning efforts at Griffith showed nothing less than her personal triumph and owning who she has become.

From the video released by CBS, Adele commenced the show with “Hello”, then belted out her first live debut version of, “Easy on Me”, just at the peak of sunset. “Easy on Me” was the first song Adele wrote after her divorce was finalized. By “Skyfall ”, nightfall has resumed, and bright lights illuminate the labyrinth casting on the Observatory. The evening proceeds with the addition of background singers, adorned in white, orchestrated to compliment her voice.

Reactions from the show were nothing short of praise, as fans expressed their bewilderment and excitement for Adele’s concert revival all over social media. It was the most-watched television special since the 93rd Academy Awards in April 2021. The primetime special also included a recorded interview between Adele and Oprah, held in her rose garden. In this interview, she divulged her personal life— from parting with her estranged father to the guilt she felt about divorce, her weight loss, and her new beau.

In her first performance of “30”, Adele pays homage to her distinctive style of ballad tracks mixed with upbeat strides in songs such as “Oh my God”. The Griffith performance, one she described as the “most beautiful venue I ever played” signifies not only her comeback into music, but reflects the changes in her perspective from the journey through motherhood, fame, and divorce.

Michael Peres is the founder of various media and tech startups, and a contributing writer for Celeb Mix where he features entrepreneurs, celebrities, and artists.