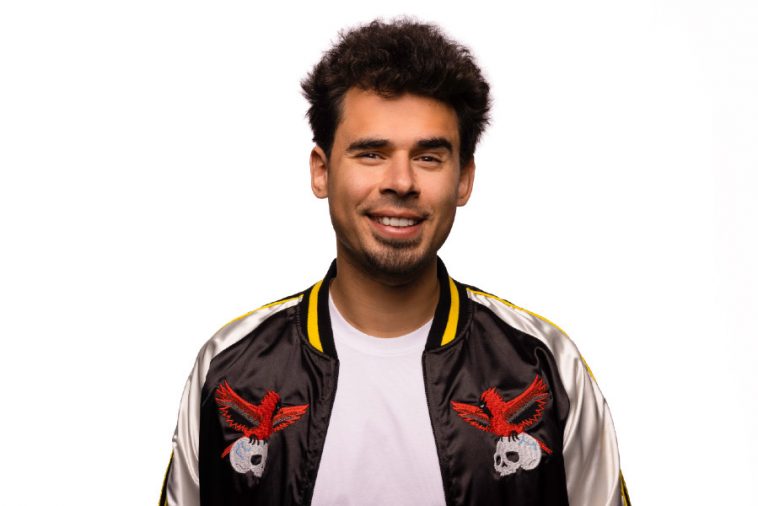 Heavyweight producer Afrojack joins up with Miami-based duo Black V Neck to release “To The Floor” via MDLBEAST Records.

A re-imagining of Flocka Flam and Roscoe Dash’s “No Hands,” Afrojack and Black V Neck take the classic hip-hop song and infuse it with tech-house essence.

Grammy-winning producer and DJ Afrojack has become a household name since bursting on the scene with “Take Over Control,” followed by working with artists such as Beyoncé, Pitbull, and Will.i.am. Rolling Stone named him one of the 50 Most Important People in EDM, while Forbes put him on their “30 Under 30” music list.

In 2010, he was a resident DJ in Las Vegas, one of the first, followed by becoming the Hakkasan group’s headlining resident artist. Performing all over the world, Afrojack appears at the elite clubs and festivals, while also producing new music with his label Wall Recordings.

As a multi-platinum selling artist, Afrojack’s recent hits include “Anywhere With You” with Lucas & Steve and DubVision, “We Got That Cool” with Yves V and Icona Pop, and “1234” with Fedde Le Grand, featuring MC Ambush. His collaboration with David Guetta resulted in “HERO,” hitting the top spot on the US dance radio chart and collecting more than 40 million streams.

With “To The Floor,” Afrojack and Black V Neck pump out galvanizing dance energy, momentum, and swanky vocals.