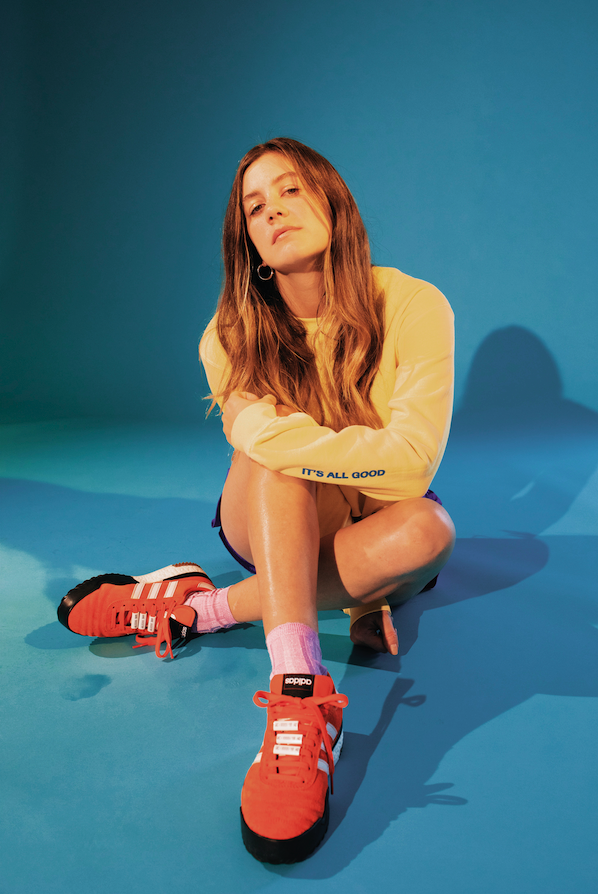 Award-winning actress and singer/songwriter Laura Dreyfuss just released her new single and video for “Nose To Nose,” which is from her forthcoming debut EP Peaks. You may recognize Dreyfuss from her shining roles in Broadway’s Once and Dear Evan Hansen, as well as shows Glee, The Marvelous Mrs. Maisel and The Politician. Now, the artist who has captivated audiences on-screen has us listening closely, and we really like what we hear.

In Laura’s new single “Nose To Nose”, the songwriter shares a lighthearted and highly relatable story about her cherished canine friend. That’s right, her dog “Banjo” steals the spotlight in this song. For anyone who has a dog, or who is an animal lover rather, they are nothing less than family members, and we all know that nothing can ever come between a dog and a pet parent. Laura confides, “With ‘Nose To Nose’, I wanted to capture the purest form of love, and I felt like a fun way to express that was writing about my dog Banjo. She’s such a presence in my life. The lyrics seem like they’re about a person though! Musically, it’s the joy of having this unconditional love from an innocent animal. It’s a celebration of that.” The song was produced by acclaimed and longtime producer Michel Heyaca and oozes with a joyful melody, whimsical lyrics, and Laura’s effortless vocals over bright pop-driven landscapes.

The video for “Nose To Nose” does an excellent job in bringing the fun-loving story to life. In the concept, Laura is continuously put in situations where she must choose between making time for someone she’s dating or hanging with her pup. In every scenario, Laura ultimately chooses her dog Banjo, leaving her romantic interest empty-handed and disappointed. The warm and cheerful video is playful, funny, and will steal your heart – so go on and cozy up with your furry friend and enjoy the show.

“Nose To Nose” is from Laura’s forthcoming debut EP Peaks, which is set to be released in November. The multi-talented artist has released several singles leading up to her EP, including “Be Great” feat. Jeremy Pope, “Better Drugs,” and “Sidelines.” After being stranded in South Africa for six months at the start of the pandemic, she is currently based in NYC and signed to label BMG.

Check out “Nose To Nose” by Laura Dreyfuss here and tweet @CelebMix your favorite part!