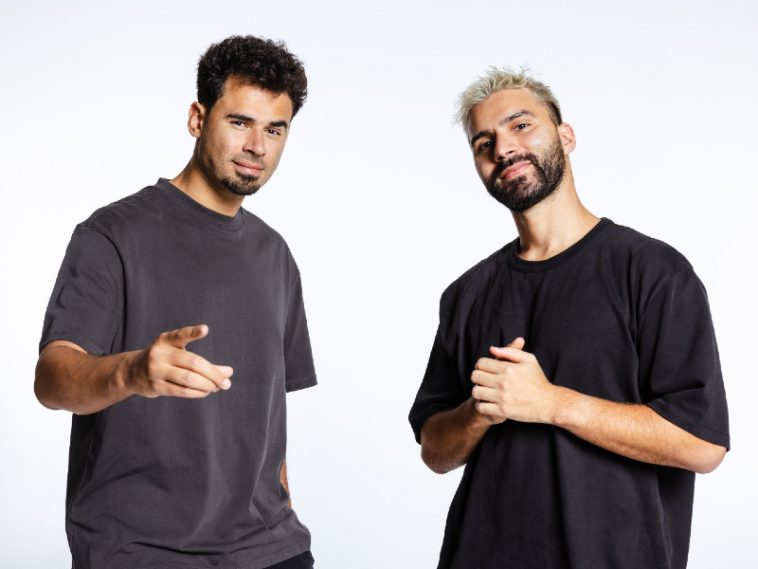 Dutch heavyweights Afrojack and R3HAB join forces on “Worlds On Fire,” their first collaboration in more than a decade via Tomorrowland Music. “Worlds On Fire” features singer-songwriter Au/Ra on vocals.

Talking about “Worlds On Fire,” Afrojack shares, “I’m very happy to release this exclusive festival release for Tomorrowland, celebrating the festival’s return after three years! It’s great to be working with R3HAB again, after starting together at WALL, playing many shows together, and now with an exclusive b2b performance at the iconic Mainstage of Tomorrowland. I’m excited to release the first collab in more than 10 years between R3HAB and myself!”

While R3HAB says, “Afrojack and I have been working together since he invited me into his label over a decade ago when we released ‘Prutataaa.’ We’ve released a string of remixes for each other later but haven’t created a record together since 2011. That changes today. Afrojack is massively talented, and I’m grateful for his guidance and friendship, from our early days in his first studio to the beautiful stages we’ve shared around the world today. It’s also been a pleasure working with Au/Ra and her incredible voice. We’re glad to have her on with us.”

With hundreds of millions of plays between the two of them, the Dutch duo and two of the genre’s biggest hitmakers have created yet another dance anthem designed to ignite crowds around the world.

Afrojack burst onto the music scene with the release of “Take Over Control,” followed by being named one of the 50 Most Important People in EDM by Rolling Stone and hitting Forbes’ 30 Under 30 music list. In 2010, he won his first Grammy and picked up two more Grammy Awards. In 2020, his song “All Night” with Ally Brooke reached number 1 on U.S. dance radio charts, collecting over 40 million streams. In 2021, Afrojack was nominated for his fourth Grammy, for “Hero” with David Guetta.

On his part, R3HAB began his unprecedented career with remixes for Rihanna, Drake, Taylor Swift, and Calvin Harris, followed by platinum hits such as “All Around The World (La La La)” and “Lullaby.” He’s collaborated with Ava Max, ZAYN, Luis Fonsi, and Sean Paul and amassed more than eight billion streams. He is Spotify’s Most Discovered Artist, one of Spotify’s top 200 most streamed artists, ranked #12 on prestigious DJ Mag’s Top 100 DJs chart, and has earned over 70 Gold and Platinum certificates.

He’s performed at the world’s top festivals, such as EDC, Ultra Music Festival, Tomorrowland, Balaton Sound, Coachella, Summer Sonic Festival, and DWP Jakarta. With his combination of innate artistry and innovative attitude, R3HAB has earned his place as a household name in dance music.

With “Worlds On Fire,” Afrojack and R3HAB light it up, pumping out dazzling, contagious layers of galvanizing dance music.