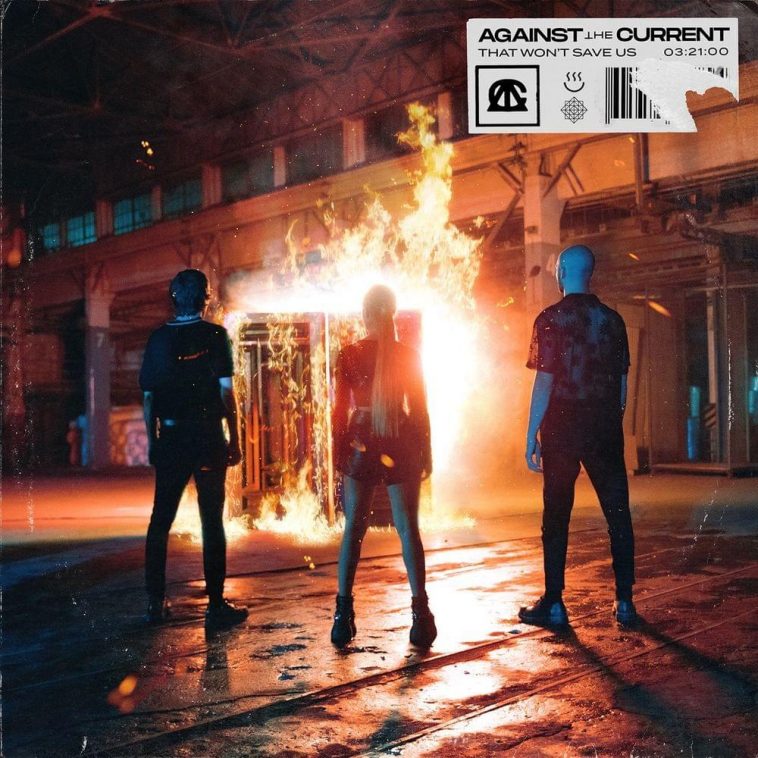 Against The Current treated their fans this week by dropping their brand-new single “that won’t save us.’ The track is now available to stream on Spotify!

After teasing for days on their social media, the band have officially started their new era! “that won’t save us” has that signature Against The Current sound that can only be played with your speakers on it’s highest volume. This rock anthem is the first song the trio have released since their highly successful album “Voices” that was released in 2018. Now, they’ve come back with a bang!

You can not stand still whilst listening to this song. It’s an impossible task. You’ll want to dance, head-bang, throw things around the room, be that rockstar that you have always aspired to be. The infectious beats and guitar riffs will travel through your body, from head to toe giving you goosbumps. The bass will pound in your chest.

The energy that this track will bring at a live show will be truly phenomenal. The only criticism that can be said is that it will make you miss attending concerts terribly. However, the release of “that won’t save us” will only bring you hope that one day, when the COVID crisis is over, you will be able to experience this fantastic song, (and others), live and in person. In the meantime, get that air guitar out and start jamming to this absolute banger!

This new single has given us an insight as to where this new chapter for the band is heading, and what a perfect beginning it is. We can only imagine what else Against The Current have in store for us so be sure to follow their Facebook, Twitter, and Instagram for more updates!

So, what did you think of “that won’t save us”? Are you excited for this new era? Let us know what you thought over on Twitter! – @CelebMix