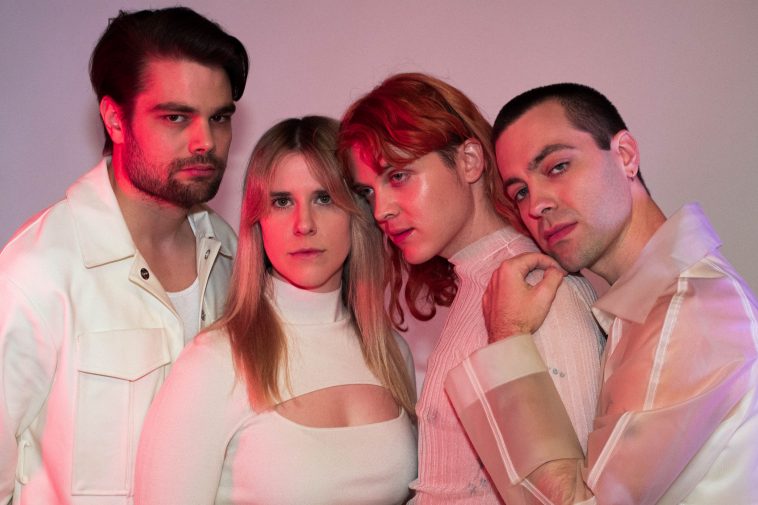 Self-reflection and self-acceptance are subjects that have been the substance of Cub Sport’s sonic pilgrimage since they released their estimable debut full- length back in 2016.

On their fourth LP titled ‘Like Nirvana’, the Brisbane foursome provide a telling soundtrack to the modern social climate. A somewhat societal guru, frontman Tim Nelson erects a lyrical feast that illustrates the effects of social pressures and the journey towards personal salvation.

Fizzing guitar strums provide the backdrop to Nelson’s arresting vulnerability on the track ‘Confessions’, as he discusses not wanting to be ‘one of the boys’ and that ‘living by a gender’ makes him feel annoyed, creating a context that is exceedingly relatable to current social topics of what it means to be a man, and the discussions surrounding gender identity.

‘I Feel Like I Am Changin’ is a sober and euphonious spectacle with Nelson’s journey of self- discovery aiming straight for the jugular. ‘Drive’ is a love song if there ever was one, as Nelson talks about removing negative entities from his life to focus on those who care: ‘I threw out all the villains now there’s just us left’.

On ‘Be Your Man’, the group transport us back to the ’80s with their take on a power ballad and we can smell the hairspray in the air. Nelson’s vulnerability is crystalline on ‘Break Me Down’, perhaps more so than any other track on the album, and the shared vocal performance with fellow Australian Mallrat is true delectation for the ears.

‘Saint’ has the bopping drum taps and vocal swagger of R&B but with the sonic trance of psychedelia while ‘Best Friend’ is a massive-sounding alt-pop anthem, which is continued with more finesse and even bigger tones on ‘Be Your Angel’.

Cub Sport showcase a level of integrity and perceptivity that has been missing from the echelons of modern music for some time now, and, on album number four, will make you comfortable with everything that makes you, who you are.