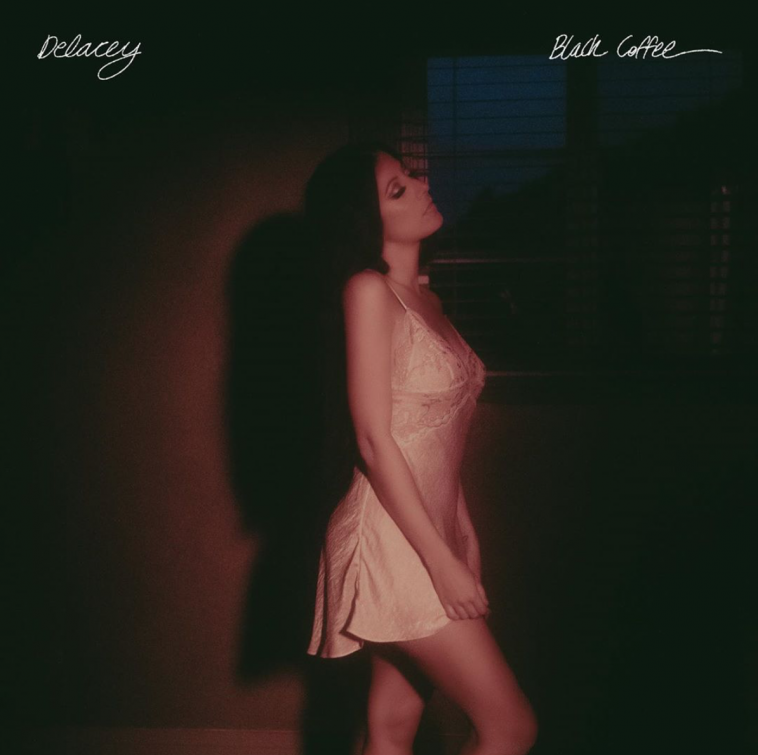 On her first studio album, Delacey bares all with a sultry pop sound.

Perhaps best known for her co-writes alongside pop’s most prestigious names, most notably Halsey and ‘Without You’, Delacey now steps to the forefront on Black Coffee.

A diary-like confessional of love, jealousy, anxiety, friendship and everything in-between, the LA-based songwriter re-claims her own pen with a potent intimacy.

On title-track and latest single, ‘Black Coffee’, Delacey muses, “you know I like to drink black coffee, because I’m way too dark for men”, whilst plotting revenge on an ex. It’s a bubbling darkness the record oozes. On ‘Sad Gurl’ she murmurs, “I know you’re fed up with me, I’m a sad girl listen to me sing”, before a reverberating drop. Elsewhere, on ‘Chapel’, a country-plod to the altar, the singer marches a lover right up the aisle to “lock you down”.

However, Delacey is far from a one-dimensional songbird. Black Coffee is at its best when the songwriter cuts from emotion to emotion. As much as she is menacing, on opener ‘Damn’ the singer relinquishes control to a lover and even with its cussing and warnings, ‘My Man’ shows a vulnerable fear of losing the one she loves.

Despite her impressive phonebook of contacts, on Black Coffee, time is afforded for just two calculated features. Valley Boy joins for a ponderous duet on ‘Break up Slow Dance’ and G-Eazy on carnal closer ‘Cruel Intentions‘.

From time to time, Delacey turns her attention to the world outside her window. Fan-favourite ‘The Subway Song’ is punctuated by the spinning of wheels and whirring of trains as the singer thinks of the comings and goings of people in her life. And as Black Coffee is winding down, ‘Too Poor to Live in LA’ tackles the fame-industry and false-friendships of LA.

Whatever the story on her debut record, Delacey delivers it with unfiltered honestly. When recording a first-effort, it’s a pretty good mantra to stick by too, Black Coffee is effortlessly endearing.

Are you streaming Delacey’s debut? Let us know your favourite tracks @CelebMix on Twitter.