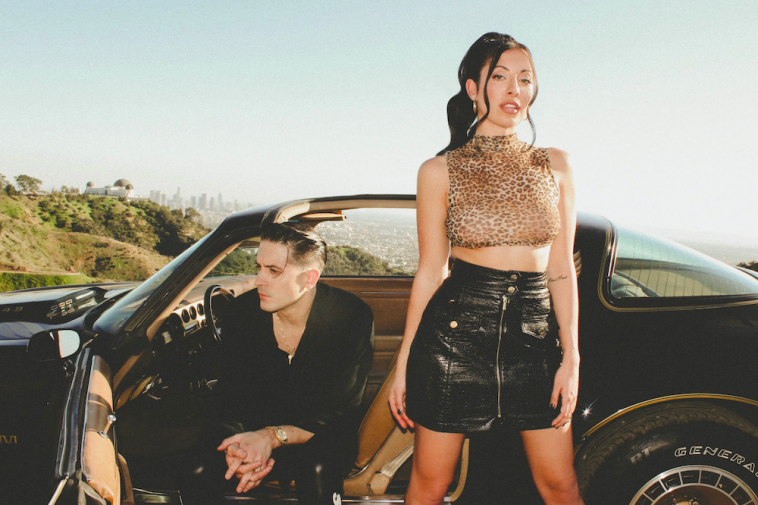 HITCO R&B/hip-hop artist Delacey hooked up with G-Eazy on her latest single, “Cruel Intentions.” After accumulating millions of streams in the preceding twelve months, Delacey’s debut album is imminent.

From Orange County, Delacey began writing original music and piano when she was seven-years-old. Later she co-wrote hit tracks like “Without Me” for Halsey, along with songs for Demi Lovato, Zara Larsson, The Chainsmokers, along with others. Delacey’s appeared on Outside Lands, Austin City Limits, and Live at the Vineyard. In addition, the Delta Spotlight series featured her together with Madonna.

Multi-platinum artist and producer G-Eazy is already an international star. His platinum album The Beautiful & Damned debuted in the third slot on Billboard and produced two bona fide chart-toppers – “No Limit,” featuring A$AP Rocky & Cardi B and “Him & I,” featuring Halsey.

G-Eazy has performed on Saturday Night Live, MTV Video Music Awards, The Tonight Show Starring Jimmy Fallon, Jimmy Kimmel Live!, as well as a host of others. He’s been featured in Forbes, GQ, XXL, and Flaunt, and partnered with PUMA on new shoe design.

“Stop talking, pull my stockings down / You’re my cruel intention,” purrs Delacey, while G-Eazy responds with “Drinking champagne, we started fucking on a jet / Took you to the mile high and you start to sweat.”

“Cruel Intentions” swaggers with posh eroticism atop an infectious rhythm, all capped by two of the best voices in music today.

Let us know what you think of “Cruel Intentions” @CelebMix