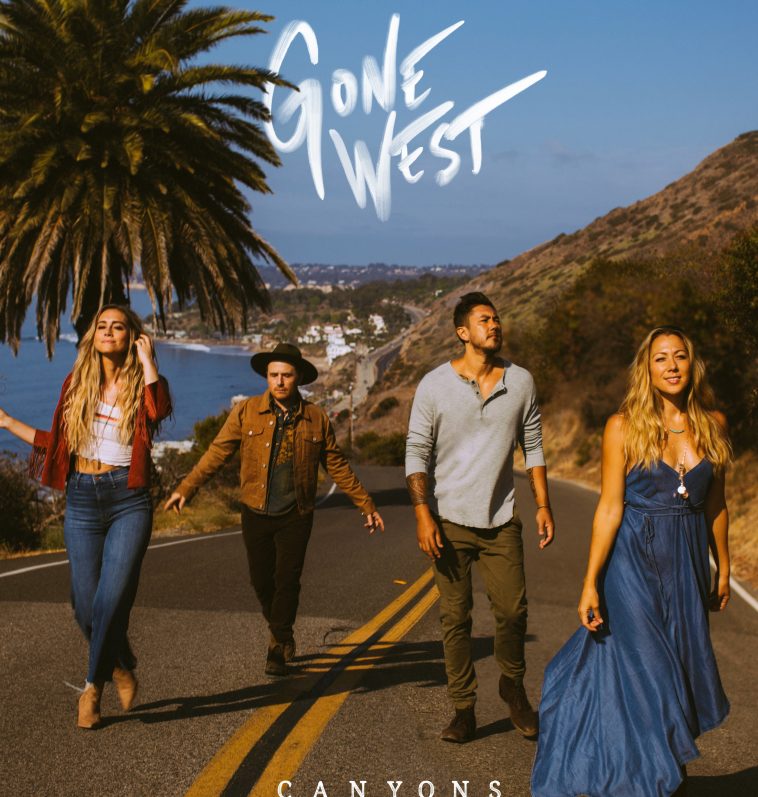 Nashville based four-piece Gone West have today (June 12th) shared their stunning debut album titled ‘Canyon’. The record brings together glorious country lyrics and folk productions with catchy choruses and thumping backdrops that are reminiscent of the likes of The Wandering Hearts.

The combination of two female and two male voices balances the sound out and creates a truly sublime vocal harmony that sounds particularly luscious on the opening ‘Gone West’ which has an infectious chorus and toe-tapping clap-a-long verses that perfectly introduce the band onto the scene.

Throughout the LP they manage to effortlessly marry together a mirage of sonic sounds that beautifully blend together as one glorious soundscape that is truly unique to Gone West.

There’s no denying that there’s a gap in the market for a band like this stunning four-piece to become a major breakout with their divine vocal harmonies and brilliant production styles.

Major standouts on the truly outstanding tracklist include ‘What Could’ve Been’, ‘Gone West’, and ‘Talkin’ About You’ as they show different sides to the band and incorporate Lady A stylistics. This record is a stunning collection and every single song on the 12-track tracklist tells a beautiful story and allows for them to really shine as a band.

As a debut offering this is even more impressive and Gone West no doubt have a huge career ahead of them if this LP is anything to go by. It won’t be long until they’re selling out arenas across the world.

‘Canyons’ is a wonderful album that perfectly introduces Gone West onto the scene and will act as a perfect springboard for a huge global career.

Are you a fan of ‘Gone West’s debut LP ‘Canyons’? Let us know your thoughts across social media!