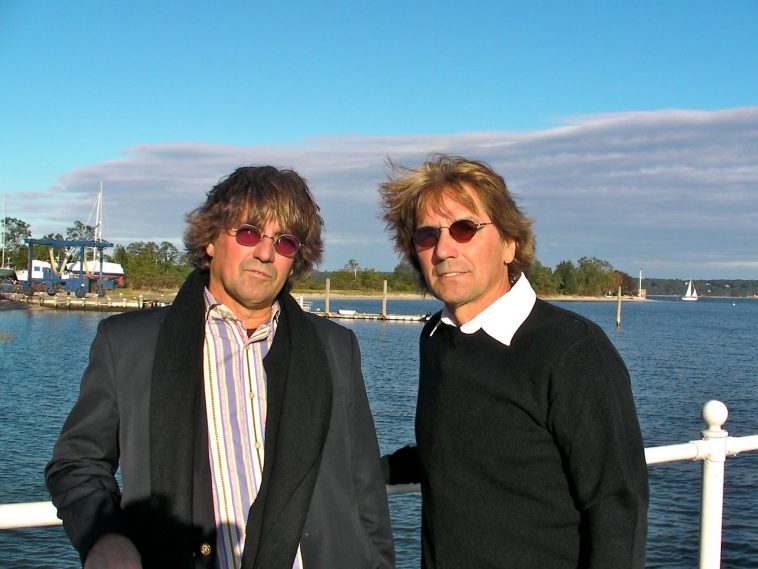 Melting out hearts with this awesome cover version of the Joel Diamond wedding song, “Dreams Come True”, is the incredible Alessi Brothers who continue to show longevity in the music industry. This follows up their remix album, titled “The Remix Fresh Up ’22 (Remix)” as well as their 13th studio album “Eden Roc”.

Alessi Brothers are a twin-brother pop-rock singer-songwriter duo consisting of Billy Alessi and Bobby Alessi. They are mostly known for their 1977 UK hit single, titled “Oh Lori”, which charted at number eight in the UK. They later released “Put Away Your Love” in 1982 which charted on the US Billboard at number 71, and let’s not forget that they also charted in Australia at 69 with their 1977 song “All For A Reason” – which totally makes them global one-hit wonders! A favourite amongst many stars, Alessi Brothers continue to release music to this day, and what a feat they’ve reached, dropping their 13th studio album back in January 2022, titled “Eden Roc”. Their most-streamed Spotify track is “Seabird”, which is a fan-favourite of Harry Styles as he included the track as part of his Apple Music “At Home With Harry Styles: The Playlist”; it was also used during the credits of Taika Waititi’s film “Hunt for the Wilderpeople” and in the comedy-drama series “Resident Alien” as well as in the HBO Max series “Our Flag Means Death”, the BBC1/Stan/HBO Max series “The Tourist”, and Apple TV+ series “Loot”. On top of that, their song “Do You Feel It” was sampled by The XX on their 2017 single “Say Something Loving”. With their continued music drops, their almost 500k monthly Spotify listeners, and “Seabird” going viral, could the Alessi Brothers become more than global one-hit wonders, 40-50 years later?

Written by Joel Diamond, the original of “Dreams Come True” is a lyrical version of the world’s number one wedding song Johann Pachelbel’s “Canon in D Major”, which was released on YouTube in 2011 and has amassed 10 million YouTube views with the visual being a tribute to Prince William and Kate. The Alessi Brothers covered it as part of their “Eden Roc” album, and dropped it as a single today, becoming the official second single from the album, after their cover of the Beatles’ classic track “I’m In Love”. This version of the track gives the song a country twist, complementing the Alessi Brothers’ vocals, with some sweet harmonies for the chorus. The instrumental guitar break sounds stunning whilst the subtle drum chords in the backing track add a rhythmic consistency. We can so see this being used in wedding scenes in films and TV shows.

“Dreams Come True” by Alessi Brothers is available to download and stream right now, across all platforms.

Let us know what you make of “Dreams Come True” by Alessi Brothers on Twitter @CelebMix.