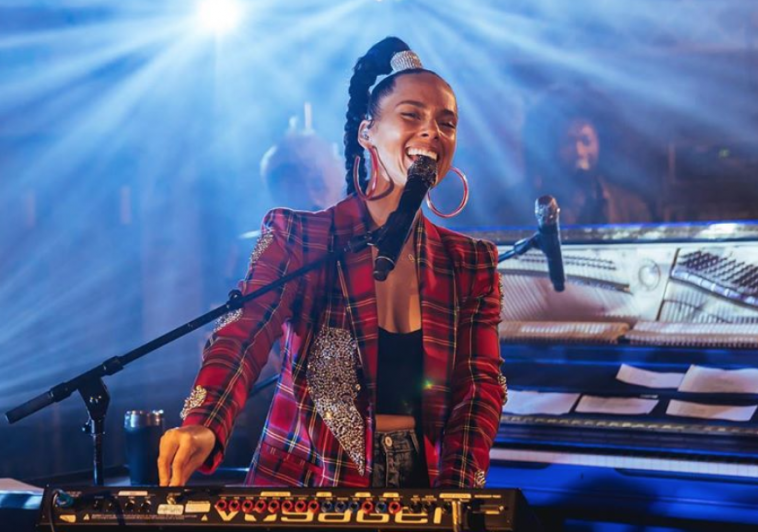 NPR has announced and uploaded Alicia Keys’ very own Tiny Desk concert. The show was originally recorded back in February of 2020.

Keys and NPR teased the performance to fans via Twitter just a few months ago; leaving listeners and supporters of the “Girl on Fire” singer to patiently await its release ever since.

During the mini concert, lasting a duration of about half-an-hour, Keys performed her hits “Show Me Love,” “Underdog,” and “Fallin.” The set also included a newer track, “Gramercy Park,” which will be included in the track-list for her upcoming album, ALICIA, which is set for release sometime this fall.

The Tiny Desk concert was officially uploaded on June 22, 2020. And almost immediately following its release, fans across social media began expressing their love and reactions to the performance in waves. Abby O’Neill of NPR shared her thoughts regarding the show and Keys in a post which included: “Alicia Keys has an aura that you can sense the second she enters a room, or in my case, an elevator. She radiates compassion and kindness.”

Although the show was recorded prior to the height and peak of the current global pandemic and acts of racial injustice, it seems as though now was the perfect time to release it to viewers around the world. Between Keys’ positive energy and powerful messages within her lyrics and commentary between songs, there is something every viewer needs to hear within this short set.

The Grammy winner originally planned to conclude this Tiny Desk concert with “Underdog” prior to fans in the audience cheering for an encore after it ended. After some shouted suggestions and banter amongst the crowd, Keys’ hit “Fallin'” was decided on. And if one thing is certain, there does not seem to have been a better way to end this memorable show.

What track from this Tiny Desk concert was your favorite? Tweet us using @CelebMix and let us know!