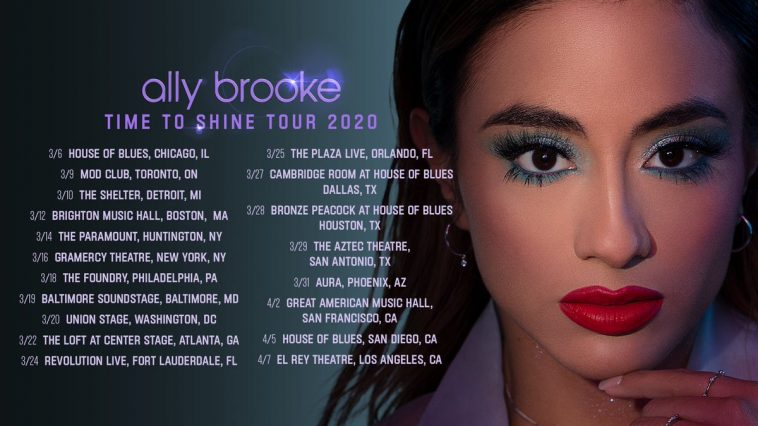 Ally Brooke has announced a string of new tour dates which will take place across North America during March and April.

The ‘Low Key’ singer had previously announced dates at New York and Los Angeles, however, the ‘Time To Shine’ tour will now encompass 19 dates in total. Beginning in Chicago’s House of Blues on March 6, Ally will visit the likes of Detroit, Boston, Washington, and San Francisco before the tour comes to an end on April 7 with a show at the El Rey Theatre, Los Angeles.

Tickets for the new dates go on sale at 10am local time on Friday (January 17), with Ally encouraging fans to keep an eye out for information regarding special presales.

Ally’s tour announcement follows on from the release of her latest single, the disco infused ‘No Good’. Here at CelebMix, we’re still hooked on the song and you can check our the official lyric video below.

Along with slaying the game with her solo material, Ally also showed off her fancy footwork at the end of last year when she competed on the 28th season of Dancing with the Stars, finishing in a very respectable third place.

With the ‘Time To Shine’ tour allowing Ally to further showcase her potential as an artist, we couldn’t be more excited to see what she has in store when she takes to the road in a few months time.

Are you going to see Ally Brooke on tour? Let us know on Twitter @CelebMix