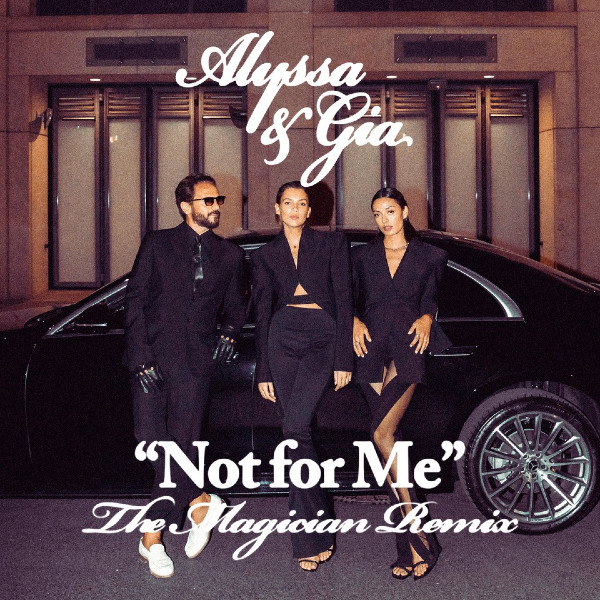 Alyssa & Gia drop their brand-new single/music video, “Not For Me” (The Magician Remix), a song about running into an old flame who hurt you. Yet because you are now self-empowered, it doesn’t matter anymore.

The original version of “Not For Me,” a creamy, synth-pop gem with hints of dance music running through it, receives a scintillating dance-pop-flavored makeover by Belgian producer The Magician, who infuses the tune with glossy, sparkling coloration.

Talking about the remix, Alyssa & Gia say, “Working with Stephan was a real dream come true as we’re both such big fans of his work. That moment when he played the remix at Tomorrowland for the first time was pure magic!”

Based in Berlin, Alyssa & Gia established themselves as the go-to DJs for elite haute couture houses. Since then, the duo has expanded their horizons, releasing original music to an international audience. Their single, “Remember Me,” collected more than 14,000,000 streams on Spotify and was praised by BBC Radio 1.

“Not For Me” rolls out on eddying, luminous synths riding a driving, mid-tempo rhythm. A dramatic drop-off gives the tune a brief, vocal-filled spell, followed by moussing back up to gleaming, contagious washes of indie dance hues. The duo’s voices, crystalline with scrummy tones, imbue the lyrics with alluring charm.

Glistening with a captivating rhythm and irresistibly magnetic energy, with “Not For Me,” Alyssa & Gia parade their enchanting voices.