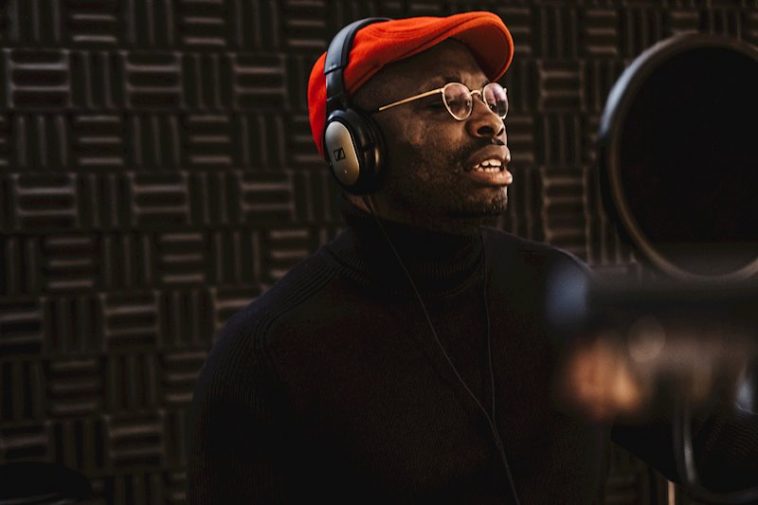 Talking about “Emotions,” Amo shares, “Actually I wanted to release a completely different song, a dance track first. But the video creator I urgently wanted to work with didn’t feel that song. So, I sent him a couple of other songs and he picked ‘Emotions.’

Fidelis Amo-Antwi, aka Pap C, aka Bursty Burst and currently resurrected as Amo Jr., is a songwriter, guitar player, and performer, living in Hamburg, Germany.

While growing up in the ‘Garden City’ of Kumasi in the Ashanti region of Ghana during J.J. Rawlings’ “tightened grip” and turbulent reign, his father fled to Germany and was granted political asylum there in 1988. The rest of the family reunited with their father in Northeim five years later on a sun to snow, late November day, in ’88.

Amo’s first introduction to, and interest in, music was ignited by ‘Highlife’ in Ghana, and in Germany, he was confronted with and embraced indie, pop, folk, blues, and soul. In Northeim, after learning three chords on the guitar, he “secretly” began to write songs. Both his sisters played a large part in encouraging him to present his music in front of an audience.

In the mid-aughts, Amo Jr. found himself drawn more and more into music, gigging first under the name of Bursty Burst, followed by playing with a band, and then working with Y’akot and Sammy Deluxe as project collaborators. Taking a break for five years while he pursued academics, he returned to music.