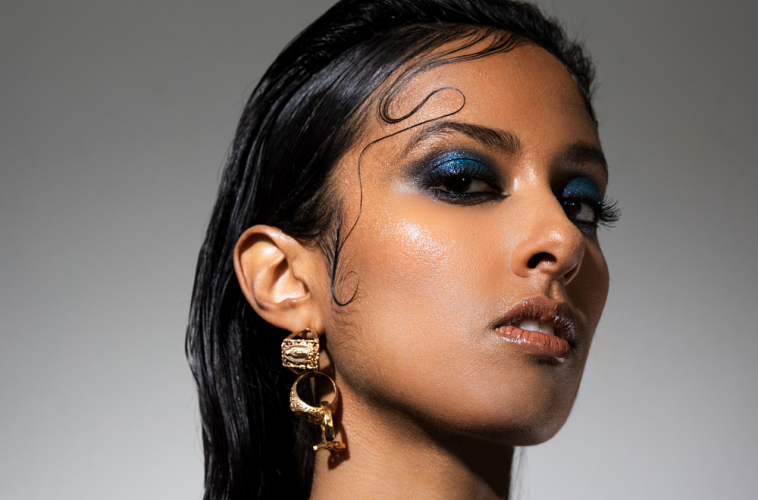 Anjulie is a Canadian artist named after the neglected princess “Anjuli” in M. M. Kaye’s romantic epic “The Far Pavilions”. In terms of who she is as a person and artist, she constantly discovers that every day. “I’m Indo-Guyanese Canadian so I come from a lineage that has traveled many lands over a short period of time,” Anjulie tells CelebMix. “My theory on Guyanese people is that they are incredibly malleable. They are of Indian and African descent, they live in the only English speaking country in South America, they are a cultural mix up with strong ties to the Caribbean, England, The Netherlands, and France.”

With that said though, Anjulie is also the type of person who likes writing poetry and prose, drawing, dancing, and making comics. She actually originally wrote her newest single “Big Bad World” as part of a musical based around her niece Sofia that she is working on.

“I’ve been putting out a song every month all year but this one feels extra special because I’ve been working on it since 2016 and is part of a larger story which I’m eager to roll out,” Anjulie says on the release of her newest song. “Big Bad World is an existential lullaby.”

“It’s a commentary on the way it feels to turn a blind eye to the horrors of humanity in a constantly connected, depersonalized, and performative world.” — Anjulie on her new single “Big Bad World”

Anjulie continues, “It wraps around the theme of hypocrisy, my own included, which intrigues me, especially in this current world where people are so set in their opinions.”

During the early stages of the song’s creative process, Anjulie originally wrote it on the piano so it had more of a singer/songwriter vibe but she wanted to give it more of a cinematic feel on the production side. In fact, Anjulie actually wanted the song to sound like it could be in the soundtrack of a Tim Burton film which is why the production has that eerie toy piano sound off the top and the epic strings in the crescendo at the end.

This song was written pretty quickly Anjulie explains in our chat, “I was in Toronto during the winter of 2016 using an old piano in a rehearsal hall and the whole thing happened in about 10 minutes,” she adds. “The production took years to flesh out. I tried a lot of different co-producers on it until I found Cameron Dallas and Herag Sanibalan who helped me really bring it to life.”

This song is really personal for Anjulie because she wrote it at a time when she was really grappling with her own authenticity. It was a time when she was discombobulated after leaving a major label and really wanted to start making records that were representative of what she was going through psychologically and philosophically and this record was a turning point for her in terms of writing more honestly.

“I think it’s better left up to the audience to decide what to take away or how to feel,” Anjulie emphasises on the messaging of the song. “The chorus says “Don’t look now there’s a war outside, turn your tv up, get your filter right, no it’s not your fault, you don’t have to care, it’s a big bad world out there. Don’t look now, there’s a wall outside, keep the good ones in, let the bad ones try, no you’re not to blame, you just took your share, of the big bad world out there” It’s doused in sarcasm and placates the people who’s glaring hypocrisy keeps them in their own little bubble.”

“The irony is that we are all to blame so the song is just as much about myself as it is about other people. In my experience most people, myself included, seem to want to call out other people without looking at their own behavior, so I think many people will listen to this and feel vindicated that I’m calling out someone or something that has been problematic for them while turning a blind eye to the terror within.” — Anjulie

As briefly touched on above, for the remainder of 2021, Anjulie is releasing a song every month until the “Big Bad World” album is released in December. She also has a couple of new songs with TheFatRat coming out in September, a weekly show on ClubHouse called “Behind The Song” where songwriters play their music and talk about the inspiration behind them, as well as a couple more NFT projects she releasing around themes of mental health in the fall.