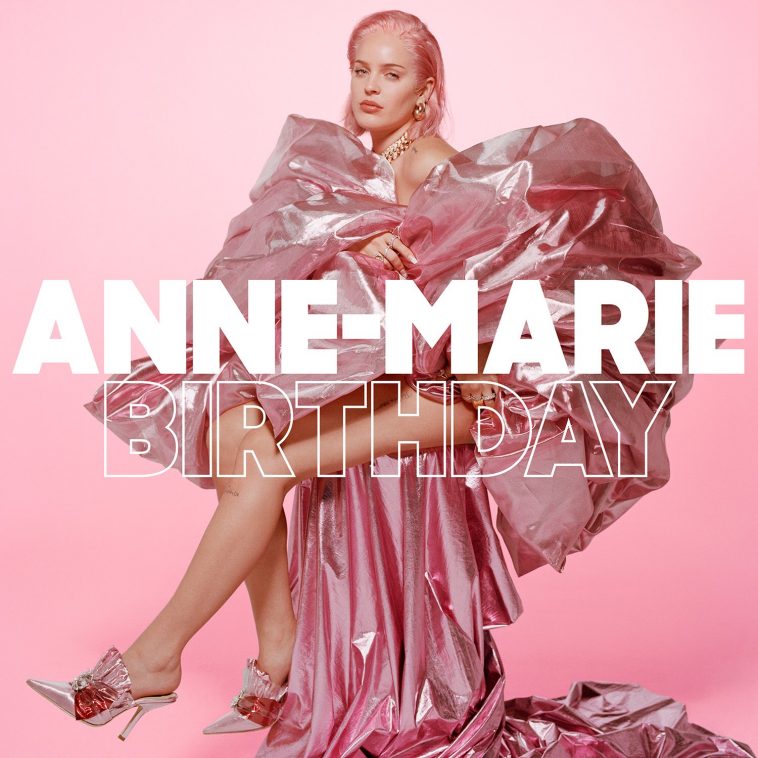 Anne-Marie is back and she’s kicked off her 2020 in a bright new way by turning her world pink in celebration of her new single ‘Birthday’.

Co-written with Delacey (Zara Larsson, Halsey) and Oak (Ariana and Lizzo); ‘Birthday’ is full of pop goodness with a dose of Anne-Marie’s loveable personality thrown in for good measure. The track sings of celebrating on your birthday which is your day to forget about the negativity, those people who don’t deserve a second thought and acts as a reminder on how to just have a great time.

It might not be the singer’s birthday until April but it’s like she’s seeing into the future as cheekily sings ‘Ain’t got any wiser, gonna be hungover, never learned my lesson’. We’ve all been there and that’s why we’ll be listening to ‘Birthday’ all day, every birthday for years to come.

Directed by Hannah Lux Davis and with creative direction from Kate Moross, we are in love with the fairytale style video. The video sees Anne-Marie taking centre stage in a Cinderella, princess dress she sings of being unable to afford whilst running around her a perfectly pink themed room having a great time. As the video progresses, we see her having the best time with her friends celebrating her birthday in a more down to earth manner. Bringing to life self-love lyrics including ‘I’ma do what I like, I’ma eat what I like’ but most importantly reminding everyone ‘it’s my birthday so you better treat me nice’. You’re reminded about it being your day to do whatever you want and not let anyone bring you down. However we now just wish we could spend our birthday with Anne-Marie!

Since its release, the video has drawn in over one million views with fans delighted to see the singer back and making progress towards the release of her second album. Anne-Marie’s debut album Speak Your Mind was released in 2018 and saw it nominated for a BRIT Award alongside becoming certified platinum in the UK. Last year the star teamed up with Lauv on ‘F*ck, I’m Lonely’, but it’s been two years since fans have been given any new solo material from Anne-Marie. We just hope we won’t be left waiting too long for more after the release of ‘Birthday’!

What do you think of ‘Birthday’? Tweet us @CelebMix and let us know!